Why I back Brexit 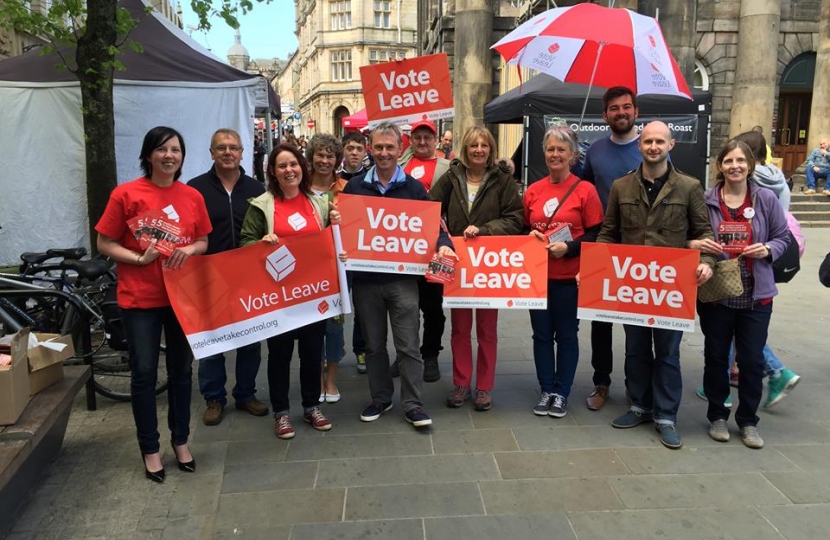 Ahead of the referendum on our continued membership of the EU I wanted to put down in writing why I, as MP for the Ribble Valley, intend to campaign for a vote to leave.

The referendum will give all of us a once in a lifetime opportunity to forge a new democratic future for the UK, trading with all countries of the world, including those in the EU. We will also be able to ensure that we no longer send billions of pounds a year to Brussels and can instead spend it on our own priorities; like the NHS, local government services or agriculture.

The Ribble Valley is a rural area, with agriculture being important to the local community for jobs. We have many farms that have been in families for hundreds of years, with great success. However, the EU’s Common Agricultural Policy hobbles that UK’s agricultural sector. Not only does it eat up 40% of the EU budget, costing the UK over £5 billion a year, it also means that British farmers are subsidising their European competitors. This situation cannot continue.

1-      We send the European Union £350m every week, receiving only a small proportion of that money back to spend on projects approved by Brussels, plus the Thatcher rebate.

4-      As part of the migrant crisis deal with Turkey, the EU has said that it will accelerate Turkish membership of the EU. This will allow Turkey’s 74 million citizens full citizenship rights of the EU, including the right to work and live in the UK.

6-      Macedonia, Montenegro, Serbia and Albania are all in the pipeline to join the EU. That is an extra 12.5 million people alongside the 74 million from Turkey.

7-      The UK has a trade deficit with the EU of £67 billion a year. We buy more goods and services from them than they do from us. They will still need our trade after Brexit.

9-      More than 300 business leaders have recently signed a letter to the Daily Telegraph advocating Brexit.

10-  Switzerland exports three times as much to the EU as the UK does, despite Switzerland not being an EU member.

11-  The EU has taken 7 years to agree a trade deal with Canada. This demonstrates the sclerotic hand of the EU, working at a snail’s pace.

12-  The renegotiation with the threat of Brexit was not enough for the EU to offer any substantial concessions. We will continue to pay child benefit to children from the EU who have never stepped foot in the UK.

13-  The European Parliament cannot initiate legislation. The power in the EU is centred in the Commission and the Council of Ministers.

Many of those who are talking the UK down now are the same people who campaigned for us to join the Euro. They were wrong then and they are wrong now. The huge vested interests want us to remain for their benefit, not for ours. The heavy burden of regulation falling on small and medium size businesses has little impact on multinational corporations, many of whom are full signed up to ‘project fear’, scaring the electorate into remaining.

I am totally confident that saving billions of pounds a year, trading freely with the world, controlling immigration and taking control of our democracy will propel the UK forwards.

The EU of today is changing. If you want to be a part of the United States of Europe then please vote to remain. If you want to stop this political project in its tracks and take back control of our country, then vote leave.

If you would like to get involved in the campaign, please email me at evansn@parliament.uk. We have waited 41 years for this opportunity, we may not get another chance again.