Nigel Evans will not vote for Brexit deal 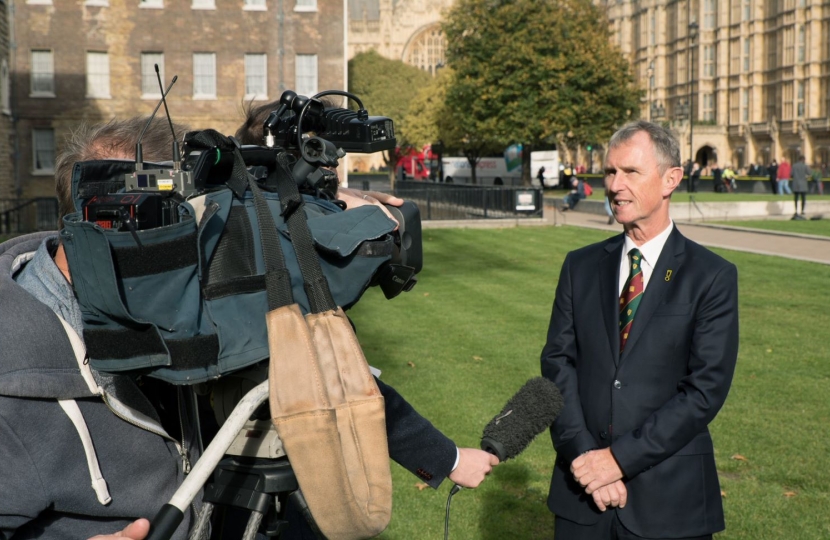 Nigel Evans, MP for the Ribble Valley, has vowed to vote against the Brexit deal when it comes to parliament in late December. On Wednesday, the Cabinet met in Downing Street to discuss the 585-page Brexit plan, after five hours of deliberations the Prime Minister announced that the draft deal had been accepted.

Contained within the deal is the terms of the UK’s “divorce” from the EU, along with a joint declaration of the future relationship between the UK and EU, which sets out areas of cooperation. Critics of the deal have pointed out Northern Ireland’s role as a sticking point – currently, Northern Ireland will be subject to a ‘Brexit backstop’, which will currently keep them aligned with the rules of EU’s single market.

Nigel Evans, a long-time proponent of Brexit, has today declared that he is unwilling to vote for the Brexit deal should it be brought to parliament in December as planned.

“Leaving the European Union has been the most important task for this government since the 2016 referendum. What I see in this draft deal is not the Brexit that I voted for, and not the Brexit that the Ribble Valley constituency voted for. I cannot support an Irish backstop arrangement that threatens the Union and leaves us indefinitely within a version of the Customs Union and the Single Market. The negotiation has conceded far too much ground on all of the key points.”

In sum, this deal prevents us from leaving the very institutions that tie us to the EU, and therefore it prevents the UK from benefitting from the main advantages that Brexit could bring. But perhaps most importantly, this deal is contrary to the commitments of the manifesto and a betrayal of the 17.4 million people who voted to leave the European Union. Whilst I certainly believe that the Prime Minister has been misguided by remain advisors, she has not listened to the concerns of her own MPs or senior members of the Cabinet.”

I cannot vote for this deal with a clear conscience, and will not jeopardise the Brexit process by settling for such a flimsy deal. This is why I have joined the ‘Stand up for Brexit’ campaign and will vote against the deal when it is brought to the House.”