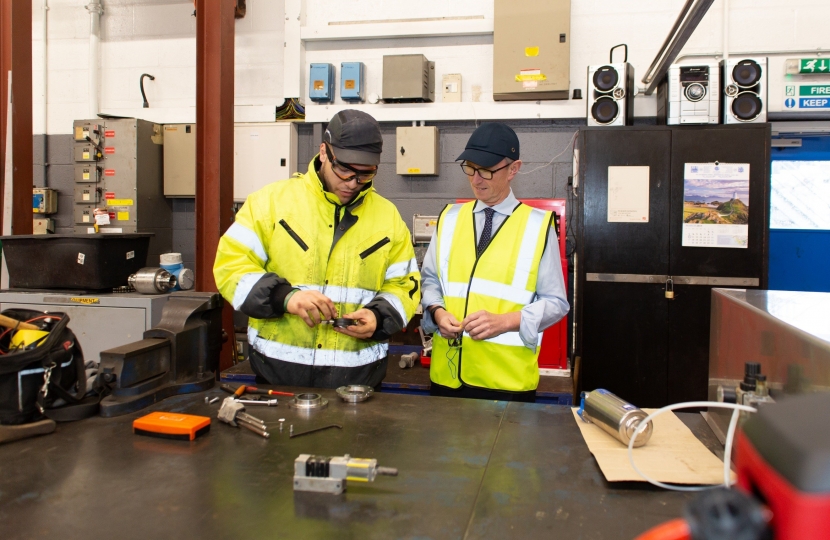 Official ONS figures show that in the North West there are 3,484,976 people in work – meaning that under Conservative-led administrations 306,002 more people have been able to access the security of a job.

The figures show that the number of people with a job has reached a record high – including a record number of women and disabled people in work – meaning more people than ever before have the economic independence that a job brings. And with wages rising at their fastest pace in 11 years, and ahead of inflation, people’s pay packets can go further.

In the Ribble Valley the number of people who are claiming key out-of-work benefits has fallen by 225 since 2010 – an overall reduction of 21 per cent.

Nigel Evans, MP for the Ribble Valley has welcomed these figures, saying:

“These figures show that successive Conservative governments are providing a solid foundation on which to build Britain’s economic future.

“Every person deserves the chance to succeed and provide for their families through a steady income. I’m thrilled to see 2.9 million more people are in work every day since 2010, wages are rising at their fastest in more than a decade, and people across the UK are taking home more of what they earn.

“High employment underpins Britain’s prosperity an creates an environment where more people can own a home, start a business, and invest their hard-earned money as they please.”

Secretary of State for Work and Pensions and Minister for Women and Equalities, Amber Rudd said:

“More people in work than ever before means more households across the UK are earning a regular income, and millions more receiving a pay boost thanks to wages rising at their fastest in a decade – outstripping inflation for a 17th month in a row.

“Our workforce increasingly reflects our vibrant society, with a record number of women in employment while the number out of work falls to an all-time low.”