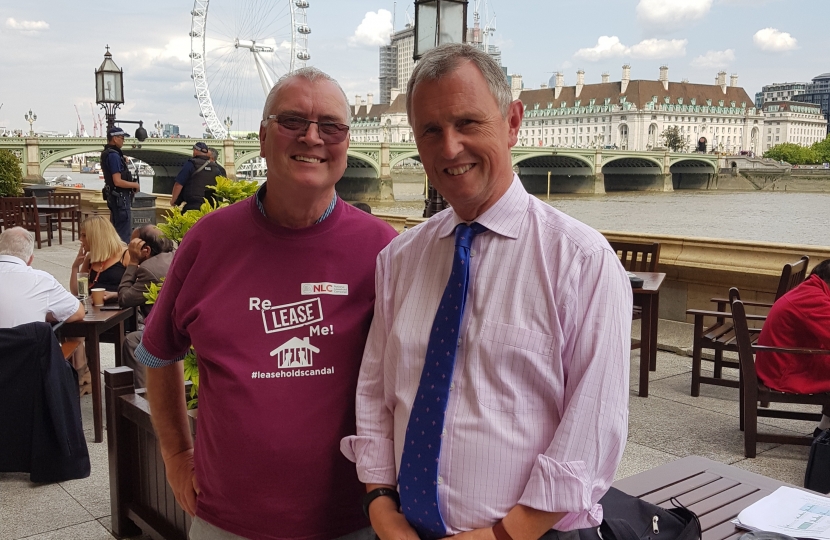 Nigel Evans, MP for the Ribble Valley, has today urged the government to speed up their plans to introduce new leasehold legislation to the house. The leasehold (or ‘fleecehold') scandal that recently targeted new homeowners across the UK caused widespread condemnation among MPs in 2017, but progress towards passing a bill has been slow.

Onerous clauses in contracts have trapped families in their own homes, with some homeowners forced to pay third party companies to change their carpets or replace doors. However, the main issues lie with property freeholds which constitute a yearly fee for tenants that rise every ten years, and in some cases double each ten years until the 50th anniversary. This practice, which was not pointed out by the developer’s in-house solicitors, has effectively left leasehold houses unsaleable.

According to data provided by the Land Registry, the North West has a disproportionally large number of leasehold properties. For example, 69% of new build houses in the North West are leaseholds while the next largest number are the 15% built in the North East.

The National Leasehold Campaign today (18th July) visited Old Palace Yard outside of Westminster to demonstrate against unfair leasehold practices and the lack of action being taken by government. Here Mr Evans met with his constituent, Hugh Donaldson, the owner of a leasehold property on the border of Bamber Bridge and Walton-le-Dale, who had travelled with the group to lobby his MP.

“These demonstrators are absolutely right to be here, very little progress has been made on the area of leasehold reform since last year’s white paper. Clearly the schedule of business in the house has been crowded in the last session, but we must find space to debate and pass legislation for leasehold reform. This is the PPI of housebuilding and it needs to be stamped out at the earliest opportunity.”

“For almost two years I have been aware of this scandal and the tactics of developers to ensure that homeowners are unaware of onerous clauses and the doubling of ground rent. It has been fantastic to see Hugh here today, to travel to London for such a worthy cause is admirable – especially when travelling by coach in this heat. I wish him, and the other campaigners the very best and can assure them that I will be raising questions to the Housing Minister to ask for faster progression on the bill.”