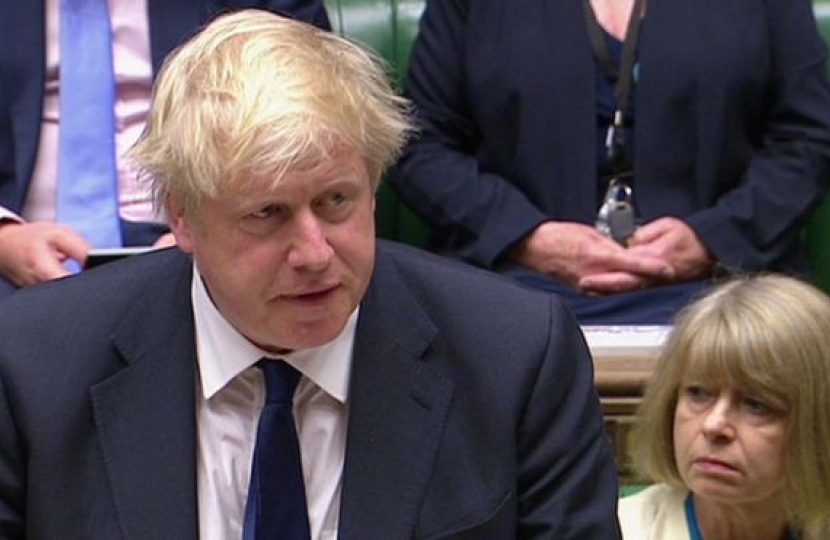 Nigel Evans, MP for the Ribble Valley, has supported the Foreign Secretary’s condemnation over the decision of President Trump to withdraw from the Iran Nuclear Deal. The deal, which was signed in 2015 after 13 years of negotiation between Iran, the United States, Russia, France, China, Germany, and the United Kingdom removed a multitude of economic sanctions on Iran in exchange for limitations on its nuclear energy programme.

Boris Johnson took to the chamber to deliver a government statement yesterday, where he reaffirmed the UK’s commitment to the deal, otherwise known as the Joint Comprehensive Plan of Action. Mr Johnson travelled to Washington at the weekend to confirm to Vice-President Pence and Secretary of State Pompeo that the UK would be striving to working with our co-signatories to preserve the gains made by the deal.

Speaking about the US withdrawal, Mr Evans said:

“The Foreign Secretary’s statement to the house was absolutely correct – the UK must continue to support and strengthen the Iran nuclear deal and encourage the President to do the same. Massive steps have been taken towards improving national security and the stability of the Middle East as a direct result of the deal by increasing the time it takes Tehran to produce a nuclear warhead from a few month to a year. This is whilst they are subject to strict inspections by the International Atomic Energy Agency, whose measures Iran has complied with nine times.”

As part of the agreement, if Iran violated any aspect of the deal, UN sanctions are meant to automatically "snap back" into place for 10 years, with the possibility of a five-year extension. Previous sanctions had cost Iran more than £110bn in oil revenue from 2012 to 2016 alone, additionally, Iran stood to gain access to more than $100bn in assets frozen overseas.

“We share the United States’ concerns about Iran’s nuclear capacity, missile tests and disruptive behaviour in the Middle East, but this provides ample evidence as to why this deal is necessary. The ball is in the President’s court to devise a new deal for Iran.”

President Trump has vowed to create a new deal which will impose tougher sanctions on ballistic missile production, the oil sector and aircraft exports to Iran.