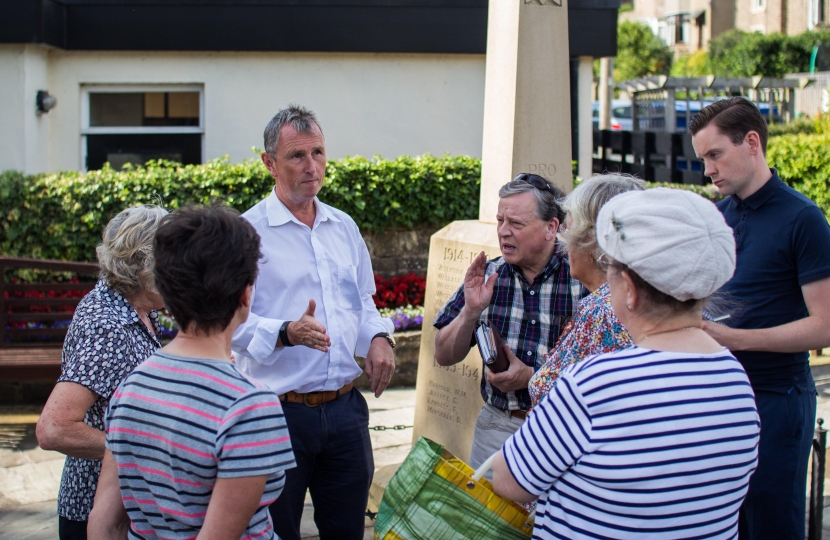 Nigel Evans, MP for the Ribble Valley has contacted the Secretary of State for Digital, Culture, Media and Sport, Jeremy Wright MP to provide answers to the poor mobile connection in Sabden. The village is now effectively a ‘dead-zone’ for mobile signal, despite the construction of a new mast almost a year ago.

Clarke Telecom, a Manchester based provider of 4G mast technology, built the new mobile phone mast last Autumn, but the mast is still not live. When pushed by local residents and Cllr Ricky Newmark the four partners involved in the project, Clarke Telecoms, Vodafone, O2 and Cornerstone Consultants, have unable to answer simple questions posed about when the mast will be functional.

Commenting on the lack of information by the partners, Nigel Evans said:

“Nobody is being informed of why the mast is still switched off. Vodafone and O2 have continued to kick the can down the road and have provided feeble answers to the serious questions posed by local councillor Ricky Newmark, simply stating that ‘work has to be completed on all our masts’ does not wash. I am growing concerned that with emphasis on the national 5G rollout, Sabden is getting left behind and forgotten about.

“I am utterly frustrated that after almost a year the mast has not been switched on. This mast is needed to serve the 1,500 residents of Sabden, some of whom have been relying on a landline to run their business or work from home – it is completely unacceptable”.

“I felt the 2 Mobile Mast Partners were engaging in mushroom management. We’re none the wiser. It’s absolutely unacceptable that some of the leading-edge technology companies in the country are unable to switch on a mobile phone mast.

“I discovered that there are currently over 1,780 mobile phone masts across the country waiting to be switched on, many in rural locations”.

MP for the Ribble Valley, The Rt Hon Nigel Evans MP, has thrown his weight behind efforts to see Clitheroe Food Festival put on in 2021, after it was previously cancelled for the second year running due to Covid-19.