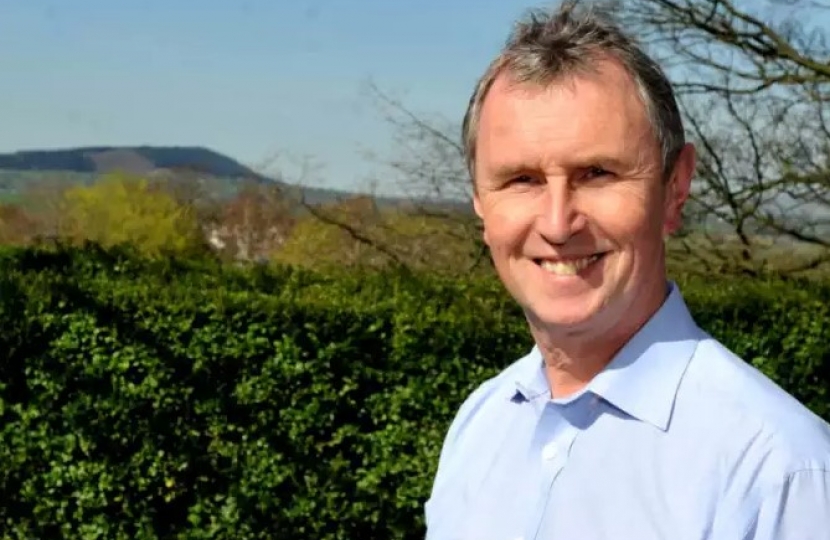 Nigel Evans, MP for the Ribble Valley has praised the decision by the Prime Minister to freeze fuel duty for petrol and diesel. Theresa May announced the freeze during her keynote speech at this week’s Conservative Party Conference in Birmingham – with the freeze will be formalised in the Chancellor’s Budget later this month.

This year’s freeze will represent the ninth consecutive year that fuel duty has been frozen under Conservative governments in a policy move that intends to relieve costs for motorists across the UK. Philip Hammond suggested the continuing policy had cost the Treasury £46 billion over eight years but forms part of a pledge to keep down living costs.

“For many people across the UK having access to a car or van is not a luxury - it is a necessity. In rural areas like the Ribble Valley, the need for personal vehicles is particularly apparent, without access to a car thousands of my constituents would be unable to work, pick their children up from school or visit relatives.

“I am proud that successive Conservative governments have recognised this and taken the decision to freeze fuel duty for the ninth consecutive year. This pledge follows numerous Conservative policies that will put more money back into the pockets of hardworking people across the country such as cutting income tax, introducing the National Living Wage and extending free childcare.”

Motorists are still being burdened by high oil prices and increasing pump prices of petrol and diesel, but the most recent freeze will take strides to ensure motorists can continue as normal and fear less about spiralling costs.

“The voices of millions of motorists have been listened to again. It is no secret that lower fuel duty provides a significant boost to the economy.”

Mrs May also pledged to transform the UK’s cancer strategy, with the aim of increasing early detection at stages one and two from 50% to 75% by 2028. This will be bolstered by a network of rapid diagnostic centres, investing in the latest technologies and reducing the age for bowel cancer screening from 60 to 50.