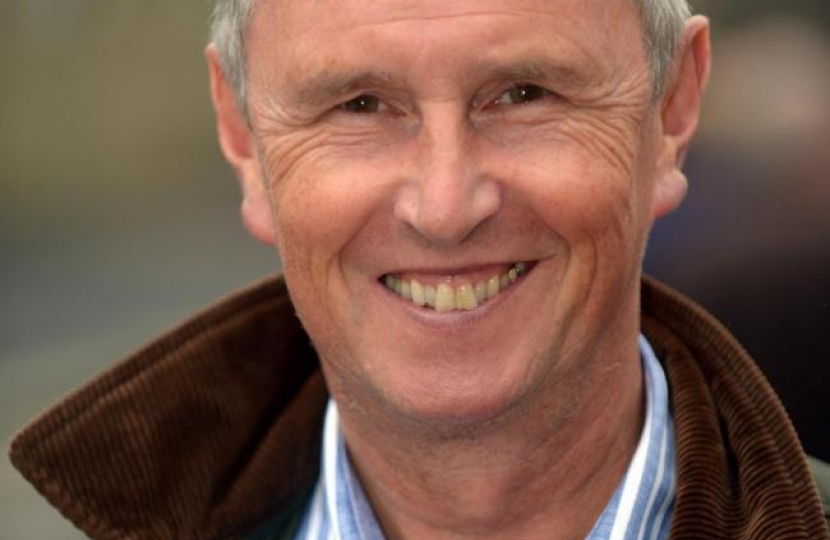 Under NHS rules patients should wait no more than six weeks for these life-saving tests, but every month on average this year a quarter of NHS hospitals in England (28%) were in breach of this target – a clear red flag to the Government that NHS staff are struggling to cope.

Many NHS hospitals are at breaking point because they simply do not have the capacity to meet the growing demand to carry out these two tests. A lack of funding, limited resources and a shortage of staff to perform the number of procedures needed are contributing to this.

Nigel has joined more than 5,000 people and cross party MPs in signing Bowel Cancer UK’s open letter calling on the Chancellor of the Exchequer, The Rt Hon Philip Hammond, and the Secretary of State for Health and Social Care, The Rt Hon Matt Hancock, to end the capacity crisis and work together to develop a fully funded action plan to tackle these staff shortages in diagnostic services for bowel cancer.

The letter was handed in to the Government ahead of the autumn budget at the end of this month and the publication of the NHS 10 Year plan in November.

The two key tests to diagnose bowel cancer are colonoscopy and flexible sigmoidoscopy – a camera on a thin, flexible cable inserted through the anus to look at different parts of the bowel.  These tests are known as endoscopy procedures and can detect cancer at the earliest stage of the disease, when it is more treatable, and even prevents cancer through the removal of pre-cancerous growths (polyps).

Nearly everyone diagnosed at the earliest stage of bowel cancer will survive but this drops significantly as the disease develops, so getting timely access to these tests is vital.

Nigel said, “I am fully committed to ensuring that everyone referred for this life-saving test is seen in a timely manner. This is why I have signed Bowel Cancer UK’s important letter urging the government to invest in more NHS staff to tackle the long waiting times and bring an end to the capacity crisis, ahead of the autumn budget.”

Asha Kaur, Head of Policy and Campaigns at Bowel Cancer UK, said, “Timely access to tests for bowel cancer is key to improving early diagnosis, but services to diagnose the disease have been under staffed and under resourced for some time.  So I’d like to thank Nigel Evans for supporting our campaign to tackle this issue. We urgently need a fully funded action plan to address how workforce can be increased and staff trained, so we can save more lives by diagnosing people earlier.