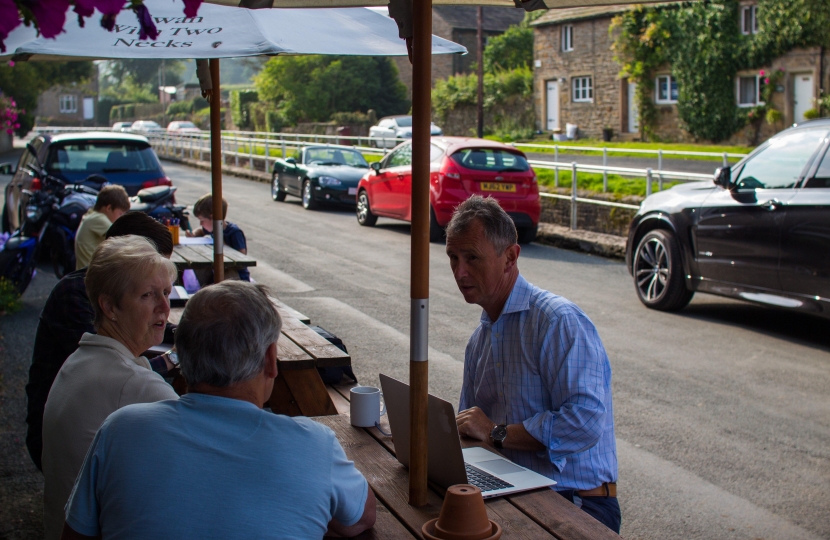 Nigel Evans, MP for the Ribble Valley, has been in contact with County Councillor Albert Atkinson regarding increased traffic in Pendleton due to the closure of the Sabden junction on the A59.

Mr Evans has asked that signage and enforcement is put in place around Pendleton to slow the speed at which some traffic is driving through the village.

“I spent several hours on Sunday sitting outside of my home in Pendleton and watched the traffic coming through. Whilst the majority of cars slowed down to a reasonable speed, there was a significant amount of speeding traffic travelling far too fast for the situation. I can say without a shadow of a doubt that, had a child gone into the road, many of the cars would have been unable to stop in time.

“Not only is this a risk to children, but also to elderly residents as well as animals which can often be found on the road in Pendleton.

“I am extremely glad that a roundabout is now being constructed at the Sabden junction on the A59 and I know this will be very beneficial to safety on the road. Nevertheless, it would be a cruel irony if a fatal accident occurred in Pendleton due to speeding traffic diverted from the Sabden road. It is for this reason that I am reaching out to locals to please recognise the need for a slow speed on the Pendleton road. This is to save lives.”

Mr Evans has also contacted Andy Rhodes, Chief Constable of Lancashire Police, to ask whether some enforcement of the speed limits could be put in place to prevent accidents.