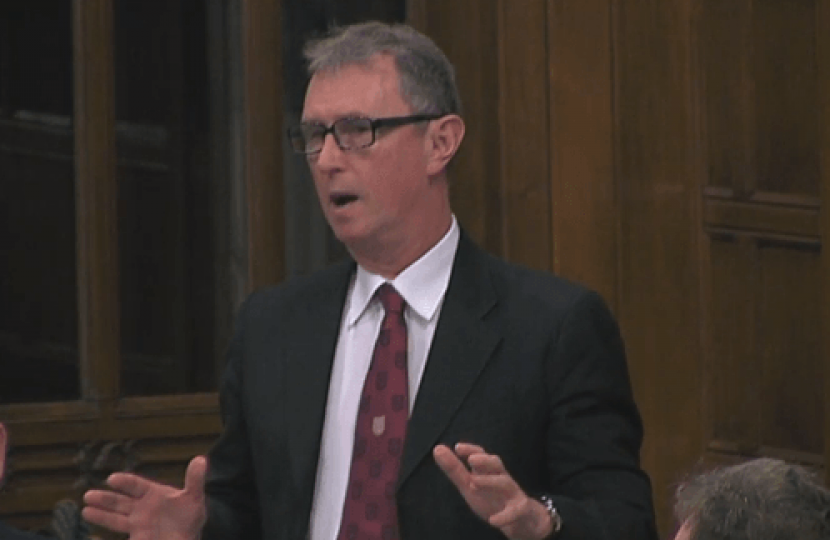 Nigel Evans, MP for the Ribble Valley, spoke this week in a Westminster Hall Debate about a potential State visit to the UK by Donald Trump. In the debate, Mr Evans called for the UK to respect the decision of the American Election and to allow the state visit to go ahead, pointing out that he is a democratically elected President who would like to make a trade deal with the UK once it leaves the EU.

“To those who are finding it difficult to understand that the American people voted for Donald Trump, I say get over it, because he is President of the United States. We must all ask ourselves why people felt so left behind that they made the democratic decisions they did. Some of us cannot understand some of those decisions. How could people possibly vote for Brexit? How could they possibly vote for Donald Trump? The fact is that the people have done so. They were the forgotten people. Just as we have forgotten people in the United Kingdom, there are forgotten people in the United States of America.”

President Trump was offered a state visit to the UK shortly after coming into the presidency, following in the vein of Barack Obama and George W Bush, who also came to the UK for state visits. These visits are an important diplomatic tool for the UK Government and will be especially crucial post-Brexit.

“We might not like some of the things he says. I certainly do not like some of what he has said in the past, but I respect the fact that he is now delivering the platform on which he stood. He will go down in history as the only politician roundly condemned for delivering on his promises. I know this is a peculiar thing in the politics we are used to here—politicians standing up for something and delivering—but that is what Trump is doing.

“We can all go back and talk to the people we know in our own little echo chambers—all we hear are the same things—but the fact is that 61 million people voted for Donald Trump.”

Nigel was keen to show that the British people should not demonise those who voted for Trump and we should seek to understand the reasons why they voted for him. What is more, it is in the interests of the UK to create a favourable relationship with the President as a UK-US trade deal would be a big boost to the country’s economy.

This would be of particular importance in the Ribble Valley, with big businesses such as BAE Systems which work on large foreign investments. A favourable US trade deal would be a big financial benefit to the local economy.