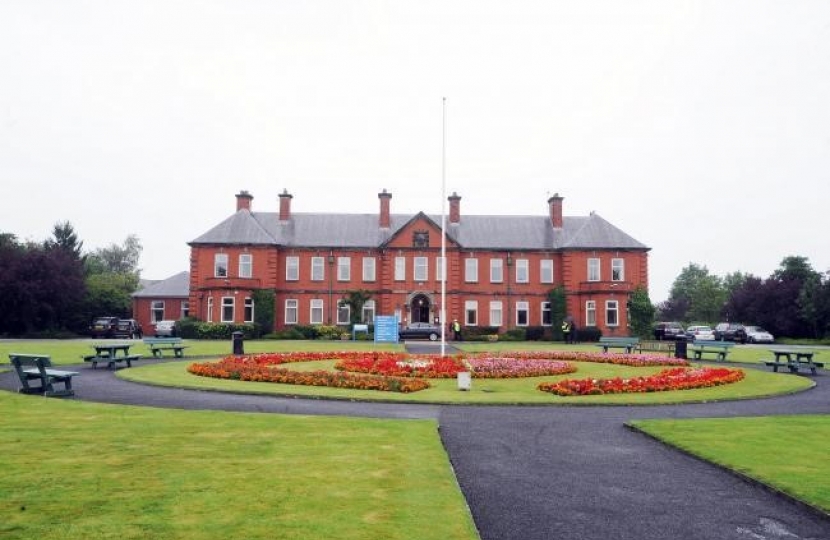 Nigel Evans, MP for the Ribble Valley, has called on Calderstones Hospital to become a beneficiary of the additional funding granted to the NHS by the Prime Minister. Boris Johnson recently announced a £1.8 billion pot for improvements to NHS frontline services including a £33 million grant for Mersey Care NHS Foundation Trust, the body who manages Calderstones, to provide a 40-bed low secure unit for people with learning disabilities.

Mr Evans, who has long called to save Calderstones Hospital from complete closure, has urged the Chief Executive of Mersey Care, Joe Rafferty, to direct the funds to the existing facility in Whalley.

Speaking of the suitability of Calderstones for the investment, Mr Evans said:

“Calderstones has been a centre of excellence for low-secure care for many moons, and there is no reason why the site should close its doors. Calderstones boasts not only fantastic staff, but also fantastic facilities - including the ‘Maplewood’ unit which cost the taxpayer £7 million just nine years ago and is one of few low to zero carbon emissions facilities to treat mental health patients.

“This additional funding has been allocated directly to Mersey Care to build a 40-bed unit, it can easily be spent on safeguarding the future of Calderstones as an in-community care facility. I will continue to make representations on this front to Mr Rafferty, who must see the vast potential of Calderstones.”

The Calderstones site has been earmarked for closure since 2016, and Mr Evans has since lobbied senior figures to suggest alternative uses for the state-of the-art facility. Calderstones is the only NHS facility in the UK which specialises in learning disabilities.