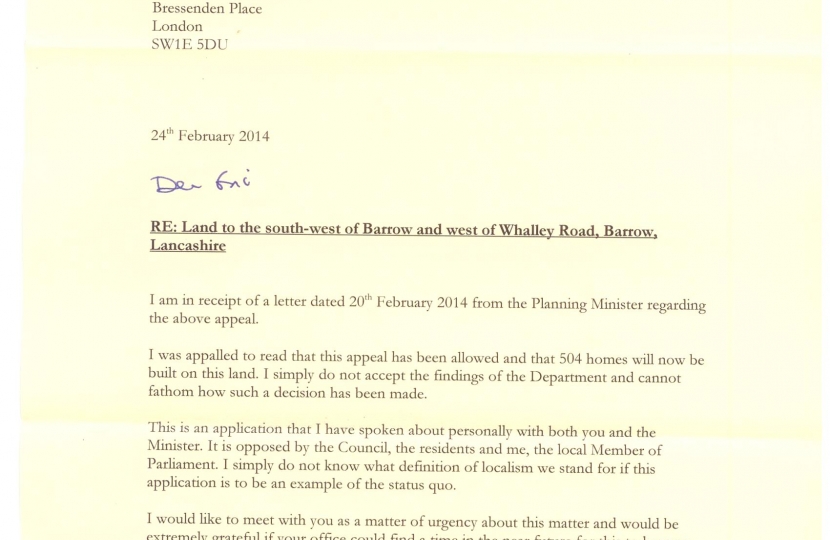 Nigel Evans has today written to the Secretary of State for Communities and Local Government, the Rt Hon Eric Pickles MP, slamming the Department’s decision to allow 504 homes to be built in Barrow on appeal.

“I was appalled to read that this appeal has been allowed and that 504 homes will now be built on this land. I simply do not accept the findings of the Department and cannot fathom how such a decision has been made.

“This is an application that I have spoken about personally with both you and the Minister. It is opposed by the Council, the residents and me, the local Member of Parliament. I simply do not know what definition of localism we stand for if this application is to be an example of the status quo.”

“I simply cannot understand how anyone can take the decision to build 504 homes in a village the size of Barrow. I will continue to try and impress upon the Secretary of State and his Ministers that rural communities are being decimated by decisions like this.”