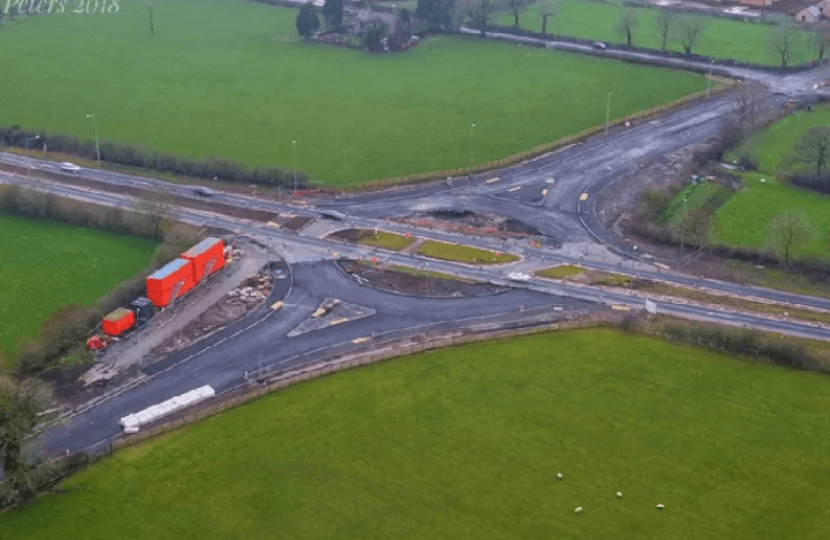 Nigel Evans, MP for the Ribble Valley has welcomed the news of the new roundabout junction on the A59, which has been opened ahead of schedule.

As a result of the good weather, the final surfacing work was able to be completed early, seeing the A59, Pendle Road and Clitheroe Road, now open for the first time since work on the junction began in August 2018.

The old junction, near Clitheroe, had a notorious poor safety record, but the new roundabout will allow it to be much safer, especially for higher volumes of traffic on the roads. It will also ease congestion in nearby town centres like Clitheroe.

Speaking on the development of the new roundabout, Mr Evans said:

“The closure of Clitheroe Road and Pendle Road over the last 6 months has caused real traffic problems for people trying to enter or leave Clitheroe during peak times, not least during this weekend as a total closure of the A59 caused traffic chaos in the town. The roundabout is essential on a stretch of road with a poor safety record and I am delighted to see the works have been finalised ahead of schedule to minimise further disruption”

The final stages of the work, including painting road markings and adding anti-skid surfacing will be completed within the next few weeks. During this time Lancashire County Council has appealed to people to take particular care using the roundabout until the last stage of work has been completed.

Lancashire County Council will issue updates if there is any change to the planned road closure.