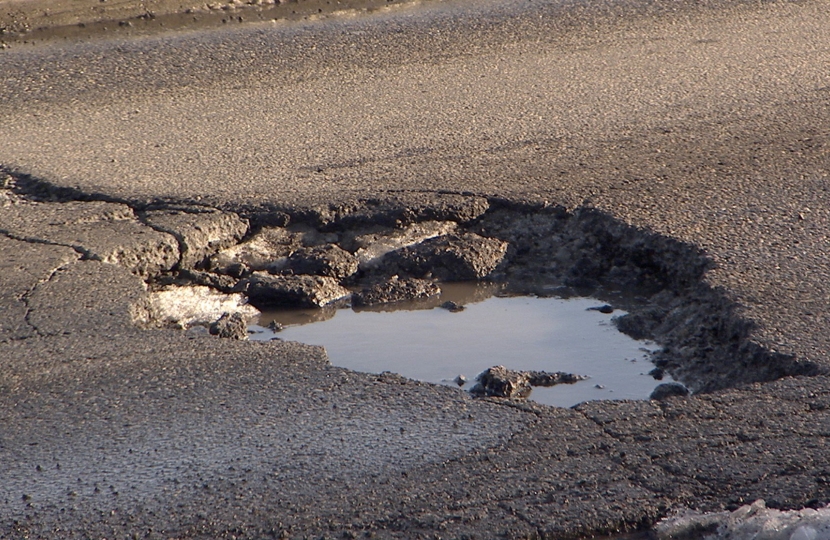 Potholes are a disruption on the lives of motorists, causing damage and cost, not to mention safety issues. According to the RAC’s 2015 Report on Motoring, there was a 24% year-on-year rise in the number of call-outs to vehicles likely to have suffered damage due to poor road surfaces. Furthermore, half of the 1,555 motorists questioned for the report said the condition of roads in their area had deteriorated, with only 10% saying they had improved.

“The roads in the Ribble Valley are shameful and dangerous, particularly in some outlying villages such as Waddington, West Bradford, Sawley and Grindleton and are incredibly dangerous to all road-users. It was only several days ago that newspapers carried the stories of the case of a cyclist thrown off their bike by a pothole who subsequently was killed in Warwickshire. We should not wait for tragic accidents such as this before taking action. This is why I’m calling for district councils to have funds available to also cover road maintenance to ensure the safety of all road users”.