Nigel's speech in debate on adult literacy and numeracy 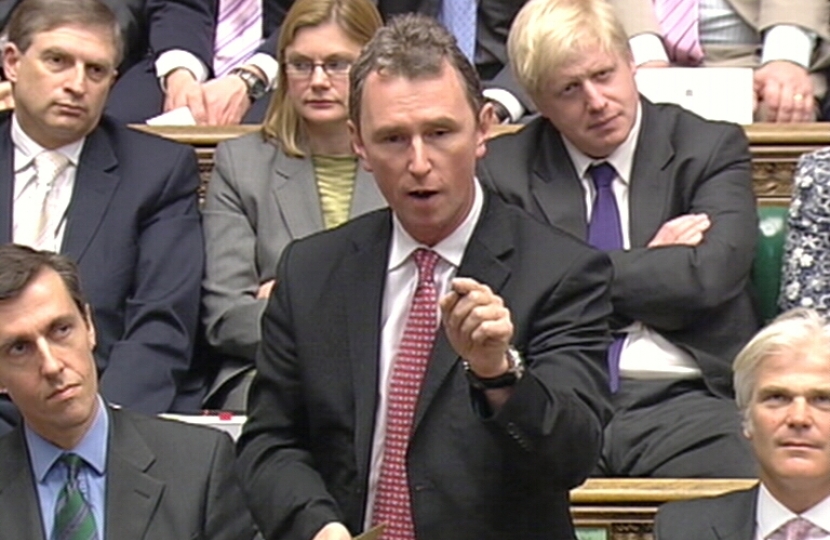 It is a delight for me to make my first speech in the Chamber for three years on this subject. I congratulate the hon. Member for Gosport (Caroline Dinenage) for giving me the opportunity to do so by securing the debate. I also thank the hon. Member for Huddersfield (Mr Sheerman) for remarking that he was my lecturer at Swansea university—he has a lot to be blamed for in many ways. I always said that he taught me all I know about politics, and he reminds me that I came into Swansea university as a little Tory and came out a bigger Tory. That is a fact.

This is a good debate. We need to do more about literacy and numeracy, and I was delighted to hear what the Leader of the House said about it in business questions. The hon. Member for Huddersfield is absolutely right that it is not a party political matter. It has dogged this country for decades under different Governments, and we have to look harder for the solution. It is about making people better not simply so that they can get better jobs but so that they can fulfil their ambitions and lead better lives for themselves. It is a quality of life thing, and that is vital. Millions of people are affected in this country alone. The OECD report has been mentioned, and it is shocking that we are so low down the table—almost at the bottom. All Members should hang their heads in shame that that is the case, and we need to do more.

Dyslexia has not yet been mentioned. We need to do a lot more to understand people who suffer from it—they are not stupid people, but they need better help and earlier diagnosis. If that does not happen early on, we can find that they lack interest in what is going on in school because they feel that they are not up to it, which is not the case. Some 10% of people in this country suffer from dyslexia, and apparently 4% severely so, so we need to do a lot more.

We have heard about the shocking number of people who are innumerate and illiterate, and the same goes for people in prison. There are 84,000 people in prison at the moment, and we need to do a lot more for them to ensure that they get the education they need while they are in prison.

The hon. Member for Gosport mentioned libraries in prisons and the good they do. When local authorities up and down the country are looking for savings, it is shocking that one of the first and easiest targets they choose are libraries. “Let’s close the library”—well no; let us ensure that the libraries stay open, encourage more people into them, and use them for adult education classes so that people can become more literate and see the wealth of books available. That is one of the reasons why people should want to learn to read, write and be numerate.

About 3 million pupils who leave school after GCSEs are ill-equipped for life, and as I said, about 40,000 of people in prison are illiterate, and 55,000 are innumerate. We must do more to make education in schools more relevant to pupils so that they see why they need to read and write. Nothing surprises me more than when I go into a pub and see youngsters playing darts. They are able to add up what they have just scored and deduct it from, I think, 360. I am there with chalk and a board trying to do that, but they do it in their heads. They are so much better at it because it is relevant to them and that is why they are able to do it. On literacy it is the same with texting, and people substitute certain words for letters and so on. That may be okay, but life is not Twitter and we do not lead our lives in 140 characters. It is much richer than that, and we must ensure that people get the full wealth of knowledge and culture that is denied to them if they are not able to read and write.

I do not believe that teachers want demotivated classes with youngsters who lack ambition or hope, and where the only thing they look forward to is the “X Factor” on television. There are 25 letters in the alphabet apart from X, and if we combine them there is more wealth out there than there is on “X Factor”.

I was on the Council of Europe for five years, and nothing shamed me more than the fact that there were people from other countries who seemed to speak English better than we do. They came from Denmark, Sweden—a number of countries—and their ability to speak English as well as their own language, and probably Italian, Spanish and French while they are at it, was amazing. In this country, however, we have statistics showing that people cannot even speak our country’s national language. We must do more.

The hon. Lady mentioned stigma, and we must stop all that. People have not failed; we have failed them because they are unable to read and write. It is not their stigma but ours, and we—rather than those people—should have that stigma. We must correct that and give people opportunities to be able to read and write. Lifelong learning is important because education does not finish when people are 18 or 19, or when they leave school or university. It goes on for ever, and we must make opportunities for people to have lifelong learning.

When schools finish and the doors and gates are locked at night, it is a crying shame that they are not thrown open for all the people who want to do night classes. Community centres have been mentioned, but lots of schools up and down the country are closed and should not be. The lights should be on at 7 o’clock in the evening so that people can go there, and there are lots of resources, including teachers who would be willing to be mentors and teach those who want to read and write.

If we want people to have fuller lives, and if we want people to be better citizens and have better opportunities for employment, we must ensure they can read, write and be numerate. We must work harder. We cannot let people down as we have for decades.

My hon. Friend, as well as other hon. Members today, makes a powerful speech. Given the importance of the internet and the digital economy in helping people to access information and to learn, does he agree that it is vital that IT skills are linked to helping people to learn literacy and numeracy skills, including older people who have difficulty accessing public services? Does he recognise the important role that organisations such as Age UK play in that important task?

I agree with my hon. Friend—that is exactly what should happen. When I am learning French or Russian, I use the internet. There is an amazing amount of stuff in different languages to read on the internet. It is the same for those who want to learn English, but they need the IT skills to do that. Those things can be combined—lifelong learning clearly involves IT.

On that point, is the hon. Gentleman aware of an interesting innovation between Cambridge and Hertfordshire universities? They are working together on a new system that evaluates people’s competences. They begin with competences to start businesses. If people get through the evaluation, the universities give them courses to make them fit to do so. That is the beginning of an interesting process.

I was not aware of that innovation, but the hon. Gentleman shows us the potential that is out there, which we must use to its fullest. We cannot allow millions of people in this country not to live the fullest life they possibly can. They need to be given extra support. All hon. Members recognise that we have let a lot of people down for decades. They will say fairly well the same thing as I have said in the debate—that we need to do a lot more—but when will we start? If not today, when?