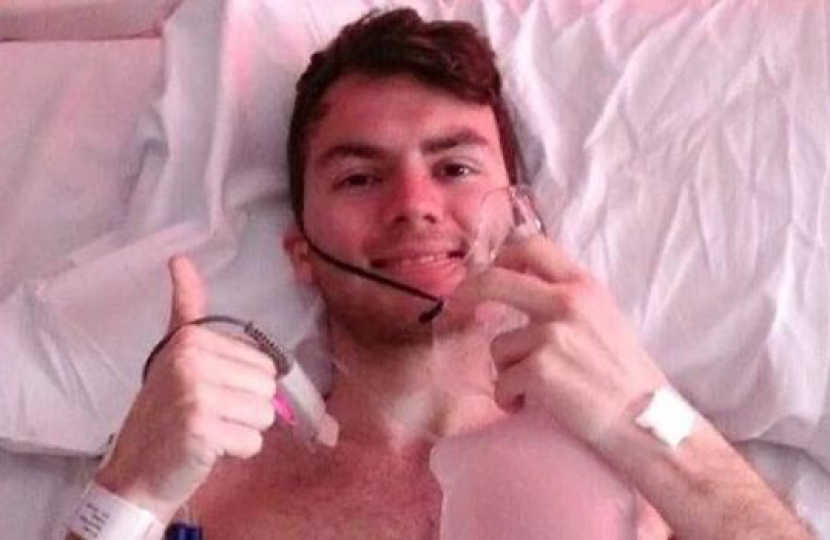 Nigel has today tabled an Early Day Motion (EDM) praising “inspirational” Stephen Sutton who, despite suffering for the last four years with terminal bowel cancer, has managed to raise almost £3,000,000 for the Teenage Cancer Trust:

That this House praises the truly inspiring fundraising efforts of Stephen Sutton; understands that Stephen was diagnosed with terminal bowel cancer aged fifteen; considers it remarkable that, now aged nineteen, Stephen has managed to raise almost £3,000,000 for the Teenage Cancer Trust; salutes Stephen’s bravery and desire to help others; recognises that Stephen was awarded the Kids Count charity’s Most Inspirational Young Person’s Award in 2013; further praises Kids Count for raising the profile of young people who inspire others in a truly amazing way; and calls on the Department of Health to follow Stephen’s example by doing what it can to improve the uptake of bowel cancer screening.

“I had the privilege of meeting Stephen at the Kids Count Awards last year. He is a remarkable individual and his bravery and fundraising are a lesson to all of us. I was delighted that Kids Count recognised his efforts. They are a superb charity that do so much to highlight just how inspirational young people can be.

“My admiration for Stephen is immense and I do hope that his fundraising exploits that have raised the profile of bowel cancer mean that more people can be screened and treated for the disease.”