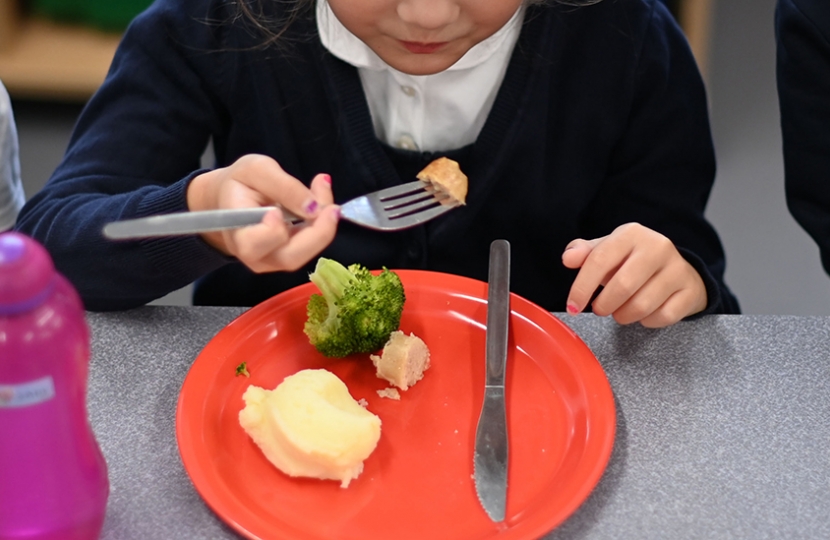 I understand that parents across the country have been going through particularly difficult and stressful times. We have never had a period of disruption like this and I know parents and children alike will be longing for a return to normality.

Recently, an opposition motion called on the Government to directly fund provision of free school meals over the school holidays until Easter 2021. They claim this would prevent over a million children going hungry during this crisis. As you may know, as Deputy Speaker of the House of Commons, I am unable to vote on motions due to having to protect the impartiality of the Chair. However, I was in the Chair for part of the debate on the 21st October, and heard very passionate speeches from across the House.

The Government believe that free school meals are not a general welfare measure. They are intended to provide support during term-time periods while children are engaged in learning. The provision of a healthy school meal has been shows to help children concentrate and learn.

Ministers say they understand that the Coronavirus crisis has caused enormous disruption, and in recognition of these unprecedented and unpredictable circumstances, took the decision to provide free school meals during the summer holidays.

The Covid Summer Food Fund was created to support disadvantaged children during the summer months. The £120 million fund provided one-off six-week food vouchers to eligible families in recognition of the unprecedented situation they faced over the summer and was available for all children who qualified for free school meals.

The Government does not agree that free school meals should be extended into forthcoming holidays as this would merely, they believe, be a sticking plaster. Instead, Ministers say they are committed to a long term solution and have put in place measures to support the most vulnerable families.

Support has been directly targeted at those on low incomes. The standard allowance for Universal Credit increased on the 6th of April from £317.82 to £409.89 a month. The basic element of Working Tax Credit has increased by £1045 to £3040 from 6th April 2020 until 5th April 2021, benefitting more than four million households.

However I understand people’s concerns that the level of support provided so far may potentially not be enough, or may not be getting to the right places. While the Government provided councils with an additional £63 million of hardship funding to help families in need, I understand that this money was not ringfenced, and a significant proportion has already been spent supporting those most in need.

The House of Commons Library estimate there are approximately 1,543 children in the Ribble Valley constituency who are eligible for Free School Meals, and it is vital that we continue to support them as much as possible. I don’t believe that free school meals during holidays are the only way to support those who need it, and that increasing welfare support has a significant part to play.

However, given the level of concern around this issue, and also the questions that remain about how much support exactly councils have been given to support families, I have written to the Prime Minister to ask for the current policy to be reviewed and looked at again.