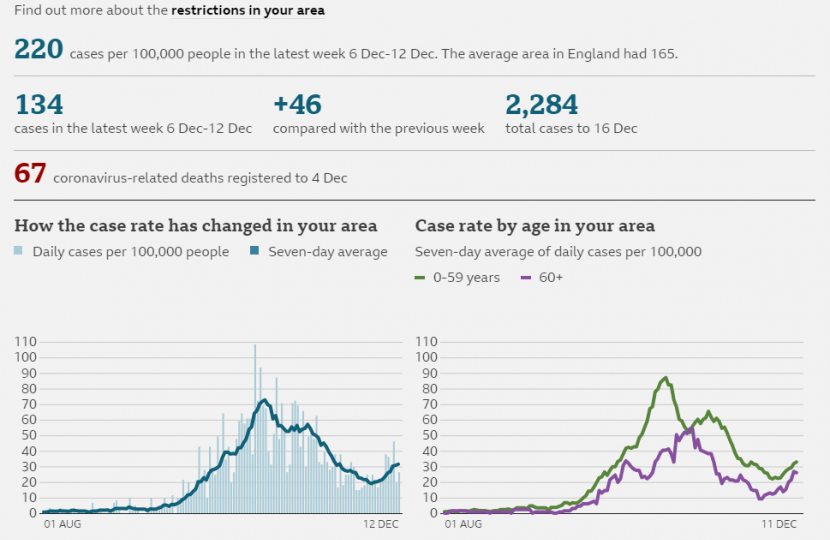 Nigel Evans, the MP for the Ribble Valley has reacted to the latest news that the whole of Lancashire is to remain under Tier 3 restrictions:

"I sympathise with people’s frustrations that Lancashire continues to be under Tier 3 restrictions, which have a huge impact on the activities that we are able to do in our daily lives.

Although the decision is disappointing, it is not entirely unexpected as we have recently seen a reversal of the decline in cases that we had seen over the past few weeks. After falling steadily to around 130 cases per 100,000, cases in the Ribble Valley have now risen to 220 per 100,000.

The Government considers five factors when deciding what Tier an area should be placed in:

Based on these factors, the Government decided it wasn’t currently the right time to move us down to Tier 2. I am currently seeking further information from local officials about the reasons behind the rise in cases in the Ribble Valley, which as you will see on the below map, has not fared as well as other areas in Lancashire at bringing case rates down: 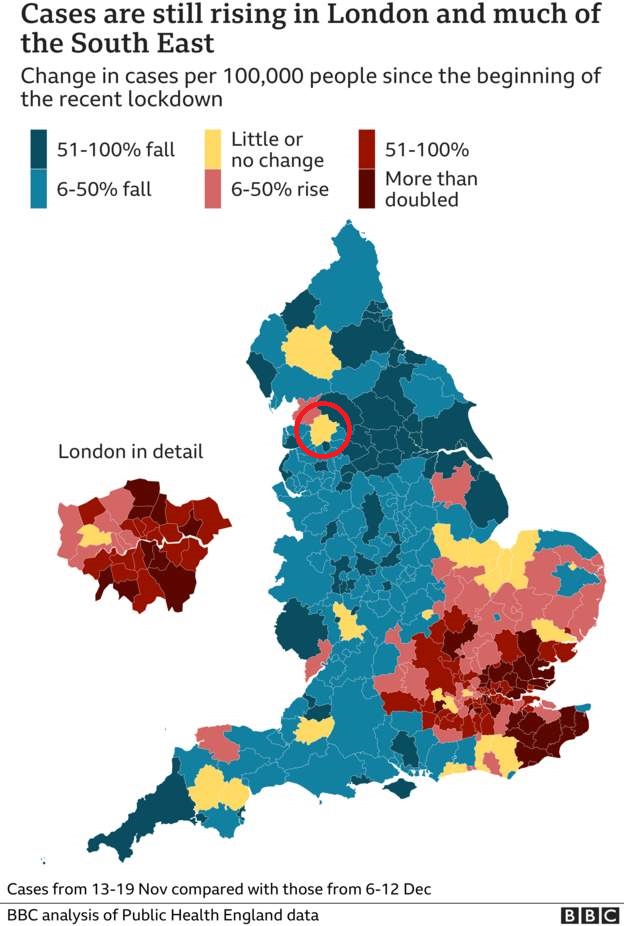 I know that people are becoming fatigued by the continuing restrictions, but it’s vital for us to continue following the Government’s guidance on social distancing, and that families take as many precautions as is sensible over the Christmas period to balance seeing family with reducing the risk of spreading Covid-19. The vaccine program is rolling out at speed, and in the regular local updates which I attend, the NHS have made clear they believe it is a realistic aim to have all over 50’s vaccinated by the end of March, although I am hopeful that this could speed up as other vaccines receive regulatory approval.

The Rt Hon Nigel Evans MP, Member of Parliament for the Ribble Valley, has strongly welcomed the Government’s ‘roadmap’ that will as he says, “allow our lives to return to something resembling normalcy”, and which is “a balanced approach between unlocking the economy, and ensuring that we don’t h