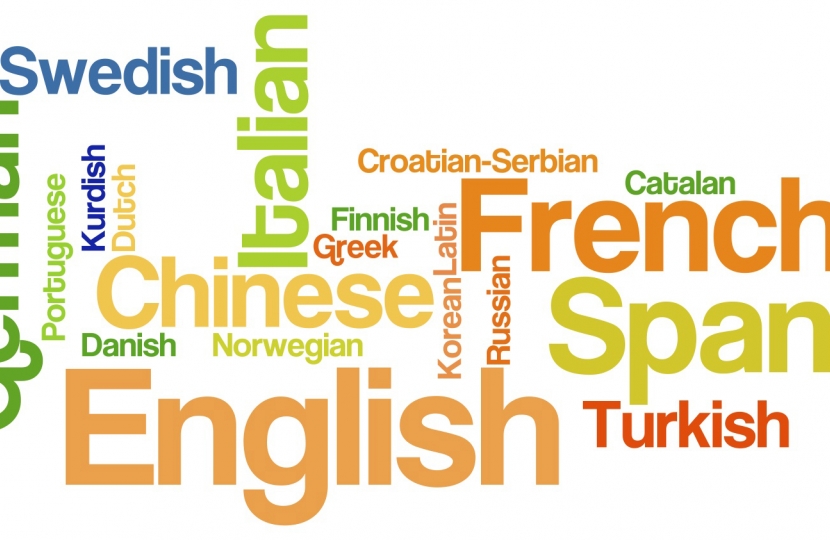 Nigel yesterday spoke at Education Question to impress upon the Secretary of State and her Ministers the importance of encouraging young people to learn foreign languages.

The full exchange is below:

The Minister of State, Department for Education (Mr Nick Gibb): The new curriculum requires all maintained primary schools to teach a foreign language to pupils from the age of seven. The number of entries for a modern language GCSE has increased by 20% since 2010 due to the introduction of the English baccalaureate performance measure, a major step towards remedying the enormous damage to foreign language teaching in schools caused by the previous Labour Government’s 2004 decision about the curriculum.

Mr Evans: “Ya khochu govorit’ svobono po-russki”, possibly means “I want to speak Russian fluently.” For somebody of my age, it is an ambition I might hope to reach before I die, but youngsters tend to be more adept at learning foreign languages. Could we do more to encourage even more youngsters to learn Russian, Arabic and Mandarin not only to open doors in their minds, but to make their worth even more attractive in the employment market?

Mr Gibb: Spasibo, Mr Speaker. The number taking Russian GCSE has increased from 1,500 in 2010-11 to about 2,000 in 2013-14. I agree with my hon. Friend about the importance of languages for the economy, and for learning about other cultures. According to a report by the CBI published in 2014, 65% of businesses say they value foreign language skills, most importantly for building relations with overseas customers.

“It is crucial that we give our youngsters the best possible chance to be successful in an increasingly competitive and global job market. Foreign language skills are a great asset to many employers many of whom are either multi-national companies or have overseas trade partners or customers. Driving up the number of young people learning languages such as Russian, Arabic and Mandarin would benefit them, businesses and ultimately the UK economy.”