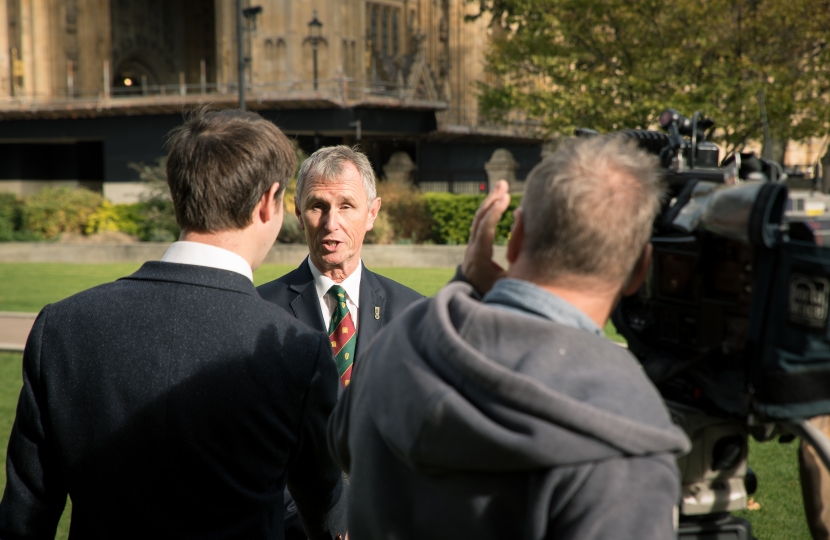 "As Deputy Speaker, I have been shocked to witness the scenes in America over the past few days, which has seen mobs ransack the Capitol Building. Democracy and the rule of law aren't things that just happen, they requires ongoing investment and maintenance from societies and their leaders.

Donald Trump was very quick to call for his followers to 'make their voices heard' on Capitol Hill, but he was very slow to tell them to stop and go home once the situation had escalated. He needs to accept the result of the election as his Vice President has done, and as the vast majority of America and the World have done.

He is a danger to democracy in the way that he has behaved, and the loss of four lives in Washington was totally unnecessary. As a former member of the Council of Europe, the International Development Committee, and the Inter Parliamentary Union, I think the long term consequences of the actions that have been taken in Washington since the election are extremely concerning. Many brittle democracies around the world have looked to western nations such as the US for years as a beacon, but many will look at how the President has conducted himself since the election and think that it's okay for them to act in defiance of facts too.

To pressure election officials into 'finding' extra votes to swing a result in your favour is absurd and absolutely beggars belief.

Some leaders need to learn when it's their time to go, as Trump now needs to. I join The Speaker in expressing my solidarity against such unprovoked and unnecessary violence."

Funding from Government has been provided to councils, allowing families struggling to afford food and essentials over the Christmas period to access support in the Ribble Valley.