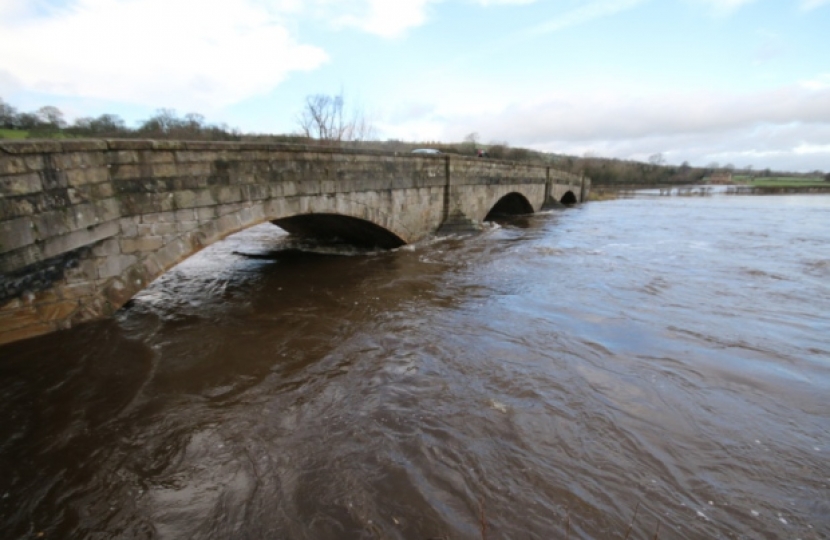 Ribble Valley MP Nigel Evans yesterday tabled two Early Day Motions to the House of Commons in the wake of the recent floods, which affected large parts of the Ribble Valley and resulted in around 300 homes and businesses being flooded.

In the motions Mr Evans thanked the large number of local people and community groups who gave up their time over Christmas to help those who had lost their homes. He also thanked Environment minister Liz Truss and Environment Agency Sir James Bevan for visiting the Ribble Valley during the crisis.

“The impact of the flooding on those communities affected has been devastating, with some people expected to be out of their homes for up to 9 months.  However with this tragedy emerged the most amazing community spirit, with people helping with the clear up for many days. I therefore wanted the House of Commons to note this work, and the work done by the emergency services and staff from Ribble Valley Borough Council. I will continue to lobby the Government to ensure that lessons are learnt from this recent crisis and that, alongside extra money for flood defences, the Government works alongside the insurance industry to ensure that as many people as possible can be financially protected in the event of further flooding.”