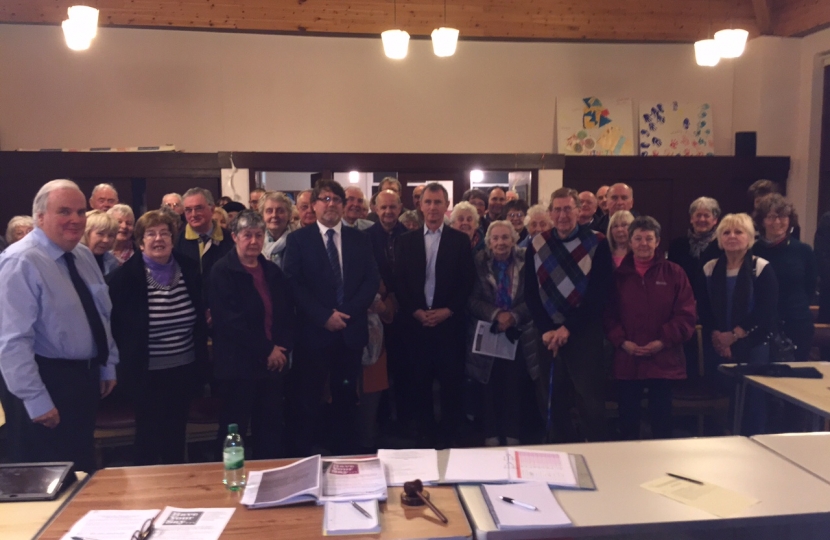 Ribble Valley MP Nigel Evans yesterday spoke at a public meeting organised by Mellor Parish Council on proposals by Lancashire County Council to remove subsidies from bus services, a proposals which puts many services in the Ribble Valley under threat.

Speaking after the meeting Mr Evans said,
“The fact that around 70 people came to the public meeting at such short notice goes some way to show the grave concern that many people in the Ribble Valley have concerning these changes.

The importance of these services to rural communities cannot be underestimated, and if the removal of these subsidies go ahead then many elderly and vulnerable people in villages across the Ribble Valley will lose their independence and be cut off from travel. Indeed many people retire to villages such as Mellor for the very fact that it has good public transport links to local towns.

A small group of senior Councillors made this decision back in November last year. Despite this, Lancashire County Council are currently undertaking a public consultation on public transport which runs until 27th March. However, they have also notified passengers that some services will be stopped on 21st February. Not only is this situation misleading and unfair to local residents, it makes the consultation a sham and would not be out of place in North Korea.
People in the Ribble Valley pay more than their fair share in Council Tax and it is vital that they receive the services they pay for. I will continue to lobby Lancashire County Council as to the importance of these bus services and of the folly of their removal.”