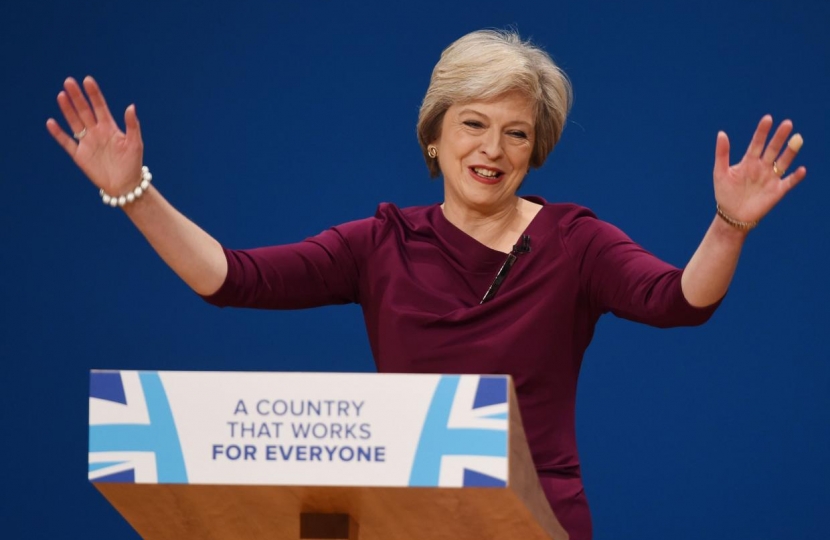 The MP for Ribble Valley, Nigel Evans, supports the agenda laid out in Prime Minister Theresa May’s keynote speech, at the conservative party conference yesterday. The Prime Minister gave a clear vision of the UK she strives to build, saying that she wants to set the party and country “on a path towards the new centre…built on the values of fairness and opportunity.”

Nigel is happy with the Prime Minister’s strong commitment to the will of the British people, and is pleased with Mrs. May’s announcement that she will begin the article 50 process by the end of March 2017. Addressing fears over Britain after Brexit, Mrs. May assured listeners that the UK will, “once more, [be] a fully sovereign and independent country.”

Speaking about opportunity in the economy, Mrs. May highlighted the success of economic initiatives, such as the Northern Powerhouse, which has seen the rate foreign direct investment in the North grow by double that of the rest of the country. Mr. Evans is a firm believer in initiatives, like the Northern Powerhouse, that encourage growth by challenging ourselves to achieve greater, strive to innovate, and build upon the bedrock of the British economy.

Nigel looks forward to the implementation of the Prime Minister’s education reforms, and is confident that they will have a positive effect on the future of this country’s children. On the topic of education, the Prime Minister reiterated her commitment to expanding the number of good schools for all children. And asserted her desire to increase access to higher education for hard working, qualified students students, and not just those who can afford them.

“I hope that the planned expansion of home building is implemented with the consideration of local communities’ needs and concerns.”

Overall, Mr. Evans is pleased with the Prime Minister’s keynote speech, and welcomes her positive, forward-looking vision of the future. Nigel is confident that Mrs. May will not only lead the country effectively through the Brexit negotiations, but will continue being attentive to the needs of the British people.