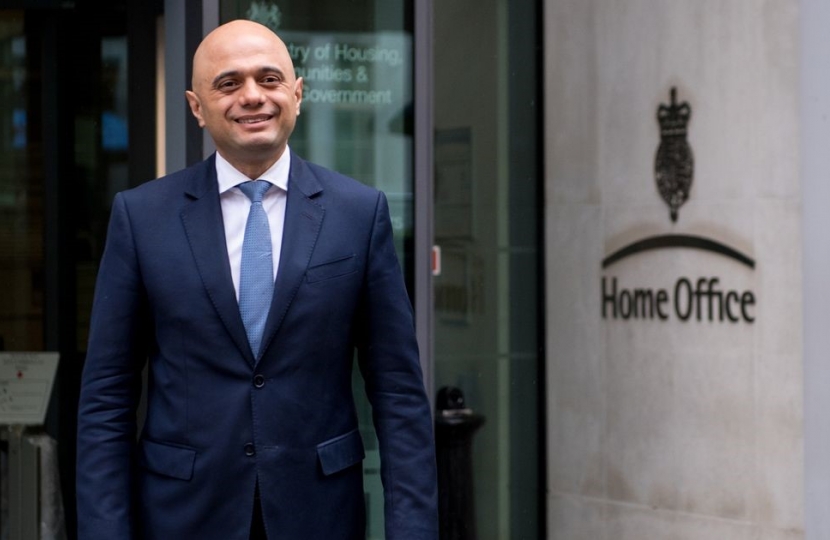 Nigel Evans, MP for the Ribble Valley, has warmly welcomed the appointment of Sajid Javid as the new Home Secretary following Amber Rudd’s resignation late on Sunday. Formerly the Secretary of State for Communities and Local Government, Mr Javid becomes the first BAME holder of one of the great offices of state and faces a difficult induction under the backdrop of the Windrush scandal, rising knife crime and an ever-present counter terrorism brief.

It was the Windrush scandal that eventually toppled the incumbent Amber Rudd, who admitted that she had “inadvertently misled” MPs about immigration targets during a Home Affairs Committee probe. Ms Rudd has claimed during the Committee that the Home Office did not have targets for removals, the following day, she was forced to admit that Immigration Enforcement managers did use "local targets" but she said they were "not published targets against which performance was assessed".

Sajid Javid, whose parents emigrated from Pakistan in the 1960s, said his “most urgent task” was to get to grips with the Windrush crisis, and ensure those affected “are all treated with the decency and the fairness they deserve”.

“Sajid is a safe pair of hands who will certainly go a long way to implementing the reforms the Home Office desperately needs after the Windrush scandal. There is a level of humanity that needs to be restored and I certainly think Mr Javid can provide this, in the midst of the turmoil he voiced concerns that his own family could have been caught up in the chaos. I am reassured by the stance he has already taken at the despatch box and welcome his appointment.”

“I was present during the debates on Windrush, and took the opportunity to lobby the former Home Secretary to conduct a review of every single case whereby somebody had been threatened with deportation – I will continue to push this point to Sajid Javid.”

Former Northern Ireland Secretary James Brokenshire replaces Javid as Housing, Communities and Local Government secretary. The mini-reshuffle was completed as the International Development secretary, Penny Mordaunt, taking on the additional role of minister for equalities, which was held by Rudd.