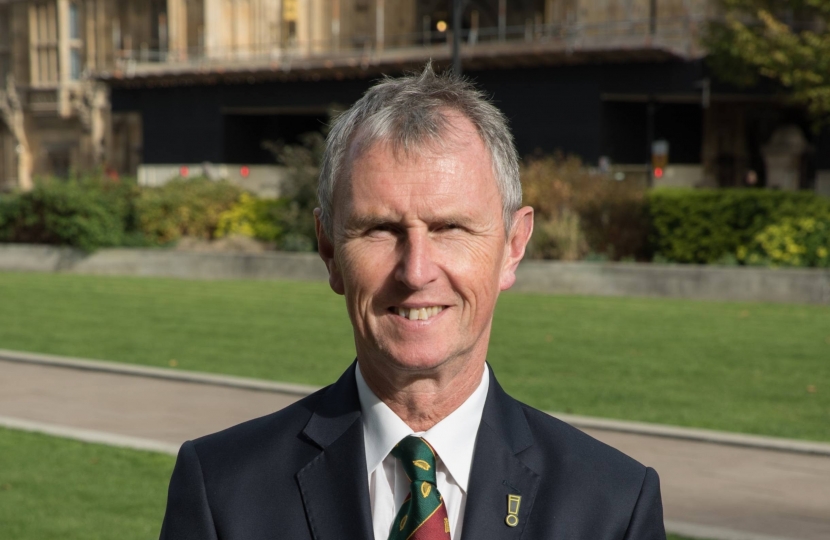 Nigel Evans, MP for the Ribble Valley, is pleased with this year’s Autumn Budget, which was unveiled on Monday afternoon.

The Chancellor presented the Autumn Budget as a defining moment in the economic history of the UK, which marks the end of austerity. It was delivered under the backdrop of eight straight years of economic growth and record number of employment, with 3.3 million more working people than in 2010.

Mr Hammond’s budget began by underlining Conservative fiscal successes since 2010, including reducing the deficit from almost 10% to less than 1.4% next year – borrowing has also been brought down drastically to just 1.2% of GDP and £11.6 billion less than forecast in the Spring statement.

The Chancellor provided an upbeat statement scattered with and array of spending pledges despite several main commitments of the budget being announced earlier in the year – these included an increase in the NHS budget of £20.5 billion per year by 2023 and a ninth-successive freeze in fuel duty which will save the average driver £1,000.

Speaking from outside the chamber, Nigel Evans said:

“This budget has only been possible because the economic landscape is appropriate to deliver such spending pledges, even after these pledges the Chancellor has £15.4 billion in headroom to meet his 2020 borrowing target and increase public service funding along the way. He has already intimated that he is willing to call a full Spring budget.”

“We have taken real steps to reduce the cost of living for millions of people across the UK. The National Living Wage will rise by nearly 5% to £8.21, fuel duty has been frozen yet again, beer, cider and spirit duties are also frozen and the income tax threshold will rise a year earlier than expected. All of these measures will mean that people have more money in their pockets.”

A package of measures were also introduced to benefit the struggling high streets, with a £675 million ‘Future High Street Fund’ dedicated to helping local Councils reinvigorate centres by providing up to £25 million to local projects. Businesses will also benefit from a cut in business rates by a third on businesses with a rateable value of less than £51,000.

On this point Mr Evans said:

“In the Ribble Valley we are lucky to have some of the most unique and eye-catching high streets of anywhere in the UK; but with digital platforms taking over they are struggling - which is why this fund will be crucial for the survival of the High Street. Further respite will be boosted by a cut in business rates for small businesses, which will mean savings of up to £8,000 per year for 90% of all independent shops, restaurants, pubs and cafes.”

“I wouldn’t be able to conclude without mentioning the bane of the Ribble Valley – potholes. I am confident the £420 million pothole fund will provide the County Council with the firepower to repair Lancashire’s roads.”

“The Chancellor provided £103 billion worth of giveaways, the largest since the Office of Budget Responsibility was established – a clear message that austerity is coming to an end.”

Funding to the tune of £400 million was provided to schools, whilst local Councils were given grants totalling £650 million. Stamp duty cancellations for first-time buyers were extended to properties worth up to £500,000, and Private Finance Initiative (PFI) contracts for new projects were abolished.