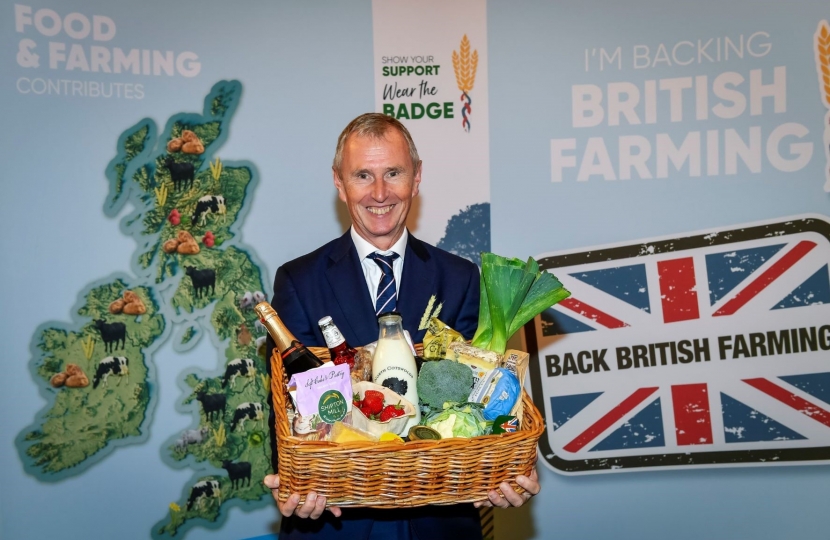 Nigel Evans has today shown support for British food and farming on Back British Farming Day, recognising the crucial role farmers in the Ribble Valley play in producing food for the nation.

The National Farmers’ Union (NFU) met with MPs in Parliament today and provided them with the emblem of the day - a wool and wheatsheaf pin badge – to enable them to join the celebration of British agriculture. Food and farming is a key business sector, worth more than £120 billion to the national economy and providing jobs for almost four million people. Nigel met with representatives from the NFU, telling them how important, and vital farming is to the Ribble Valley. In the North West alone, farming contributes around £570 million to the local economy, providing more than 33,000 jobs.

Commenting, Nigel, said: “This isn’t just about jobs, this is about the provision of food and the management of the countryside. We have some of the best restaurants in Britain in our area and put on the map firmly by their sourcing of locally farmed produce. Agriculture in the Ribble Valley and the incredible work of farmers and their families ensures that the thousands of tourists into the Ribble Valley are able to see and taste what farming at its very best can achieve.’’