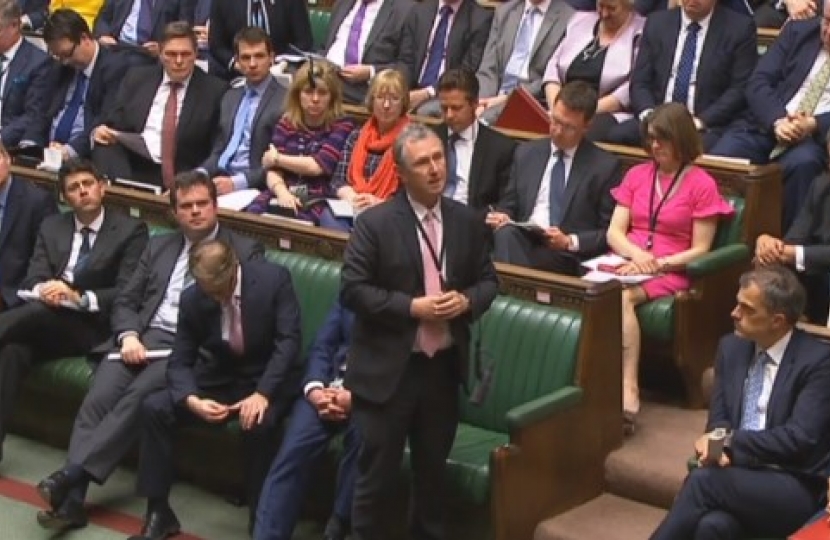 Nigel Evans, MP for the Ribble Valley, recently took the opportunity of being selected to ask the Prime Minister a question to raise concerns about anti-gay discrimination in Commonwealth countries, which is often set into legal statute.

This week marks the biennial Commonwealth Heads of Government Meeting (CHOGM), which is this year being held in London and Windsor. The purpose of the meeting is to address the shared global challenges Commonwealth countries face and agree actions on how to create a better future for all members.

Same-sex relations are explicitly banned in 72 countries, according to the International Lesbian, Gay, Bisexual, Trans and Intersex Association (ILGA). The laws, which criminalised same-sex relations, were passed under British rule and are still used in 37 of the Commonwealth’s 53 member nations. Nigeria and Uganda are among the toughest countries in the world when it comes to anti-gay legislation, and have made the laws even tougher in recent years – the former handing out 14 year jail sentences for homosexual acts.

Speaking from the House of Commons Chamber, Mr Evans asked:

“The Commonwealth is a wonderful organisation, but too many Commonwealth countries have anti-gay legislation on their statute book. Of course, a lot of that is a legacy of the colonial days, when Britain was a very different country. What message about gay rights does the Prime Minister have for Commonwealth leaders this week? More importantly, that message should go out to gay people in those countries who are suffering because of such legislation.”

‘discriminatory laws made many years ago continue to affect the lives of many people, criminalising same-sex relations and failing to protect women and girls.’

Many such laws were put in place by this country, and I deeply regret the legacy of discrimination, violence and even death that persists today. As a family of Commonwealth nations, we must respect one another’s customs and traditions, but we must do so in a matter that is consistent with our common value of equality. The message that I sent yesterday is that we stand ready to support any Commonwealth member that wants to reform outdated legislation that makes such discrimination possible.”

The Prime Minister has made it a priority to tackle some of the worst offenders at this week’s conference and said the laws were "wrong then and wrong now". The CHOGM conference lasts from Monday to Friday, and features key speeches from the likes of Prince Harry and Theresa May.