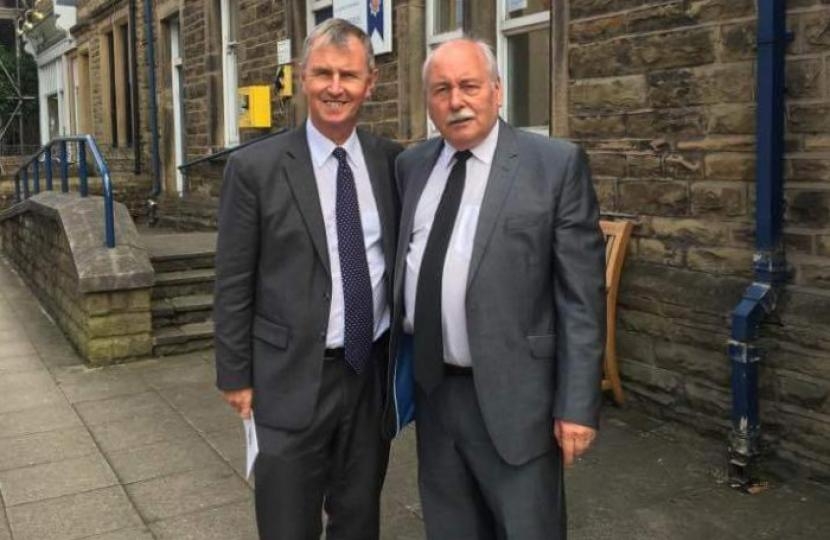 Nigel Evans, MP for the Ribble Valley, was awarded a question through the ballot at PMQ’s this week and took his opportunity to question the closures of front desk services in the Ribble Valley. Clitheroe front desk was closed at the end of March this year despite protestations from Councillors and community groups, residents of the Ribble Valley will now have to travel to either Accrington or Burnley to seek face-to-face help.

Mr Evans has campaigned on this issue since the front desk was earmarked for closure at the start of the year, and has argued that the residents of the Ribble Valley are not getting value for money from the Police and Crime Commissioner. Information obtained by Ribble Valley Borough Councillor Ged Mirfin shows that residents in the Ribble Valley paid £4 million toward the police precept in 2017, £425,000 more than Hyndburn who have significantly more policing resources at their disposal.

Questioning David Lidington, Minister for the Cabinet Office, who was standing in for Theresa May at this week’s PMQs, Mr Evans said:

“Crime is on the increase in the Ribble Valley, including antisocial behaviour orders, but the response from the Labour police and crime commissioner is to close front desk services at police stations, including Clitheroe police station. Does my right hon. Friend agree that we do not better protect the public by degrading the service that they pay for?”

“My hon. Friend is right to say that the accessibility of local officers is a vital principle of British policing. He will know that we have provided a strong and comprehensive settlement that is increasing total investment in the police system by more than £460 million in this financial year, and for Lancashire police specifically, we have provided more than £6 million for 2017-18.”

“As he says, decisions about resources, including the use of police stations, are a matter for police and crime commissioners and chief constables, but I encourage those who make those decisions to listen to their local communities to best assess their needs.”

The Ribble Valley has seen a 31.2% rise in recorded crime over the past 12 months, but despite providing 5.3% of Lancashire’s total policing budget, the Ribble Valley’s permanent contingent of staff consists of 21 officers, including 6 PCSOs.