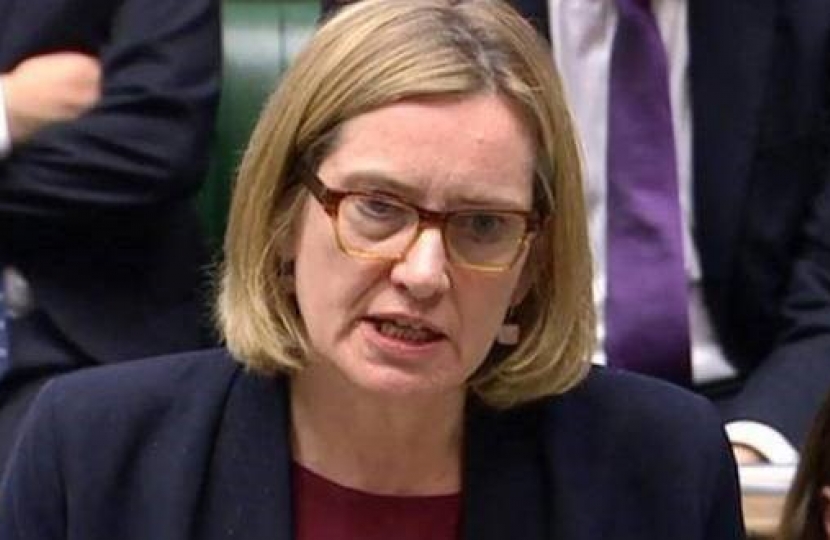 Nigel Evans, MP for the Ribble Valley, today questioned the Home Secretary over reports that members of the ‘Windrush’ generation have been threatened with deportation by the Home Office. It recently came to light that many immigrants who arrived from the Commonwealth decades ago as children have been told they are here illegally. The first wave of Commonwealth immigrants arrived in Britain from the West Indies in 1948 aboard the ship, the Empire Windrush, from which their name derives.

Under the 1971 Immigration Act, every Commonwealth citizen already living in the UK were given indefinite leave to remain - but the right to free movement between Commonwealth nations was ended from that date onwards. At this time, the Home Office did not keep a register of those granted leave to remain or issue any official documentation, making it near-impossible for the Windrush generation to prove they are legally in the UK.

Difficulties have arisen in this area due to recent changes to immigration law in the UK, which requires people to have documentation to work, rent a property or access benefits, which has highlighted the issue and left people fearful about their status.

Speaking from the chamber of the Commons, Mr Evans questioned:

“Will she [Home Secretary] ask her officials to review all cases where it is a possibility that the Windrush generation have been deported – and will she ask them to look at all those cases now?”

“I do not have any evidence that anybody has been removed in that way but I have invited anybody who have any such evidence to bring it to the Home Office so we can take a look.”

Ms Rudd also said she would have to speak to High Commissioners of different Commonwealth countries to find out if any cases existed.

It is estimated by Oxford University that there are 500,000 people resident in the UK who were born in a Commonwealth country and arrived before 1971. Those from Caribbean countries are thought to be affected the most, as they will have arrived on their parent’s passports without their own ID documents.

Nigel Evans has called upon any constituents who are part of the Windrush generation and have been threatened with deportation by the Home Office to contact his office via email on evansn@parliament.uk or phone on 01200428011 or 02072196939.