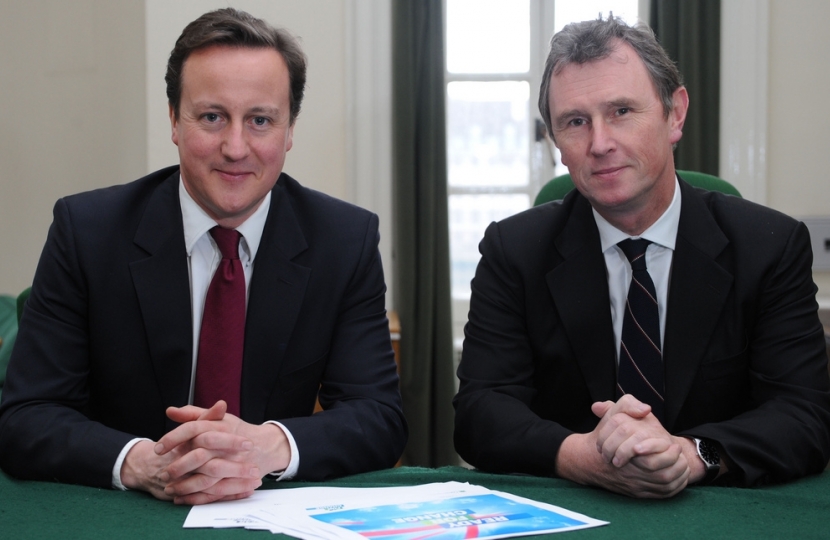 Nigel Evans, Member of Parliament for the Ribble Valley and Deputy Speaker of the House of Commons, has today praised David Cameron following his speech this morning in which he set out the Conservative Party’s plans for Europe. Mr Cameron stated that at the next election the Conservative manifesto would ask the British people for a mandate to renegotiate the UK’s position in the EU. That renegotiation would then be put to the public in an “in/out” referendum.

“I am delighted with the David Cameron’s announcement this morning and personally thanked him after Prime Minister’s Questions on my own behalf as well as on behalf of the people of the Ribble Valley.

“I have long campaigned for a redefining of our position in the EU and repatriation of powers to the UK. It is absolutely right that any renegotiation be put to the British people in a referendum and when that happens it is entirely appropriate for that question to be an “in/out” referendum.

“I am delighted that the people of the Ribble Valley will be offered that choice under a Conservative government.”