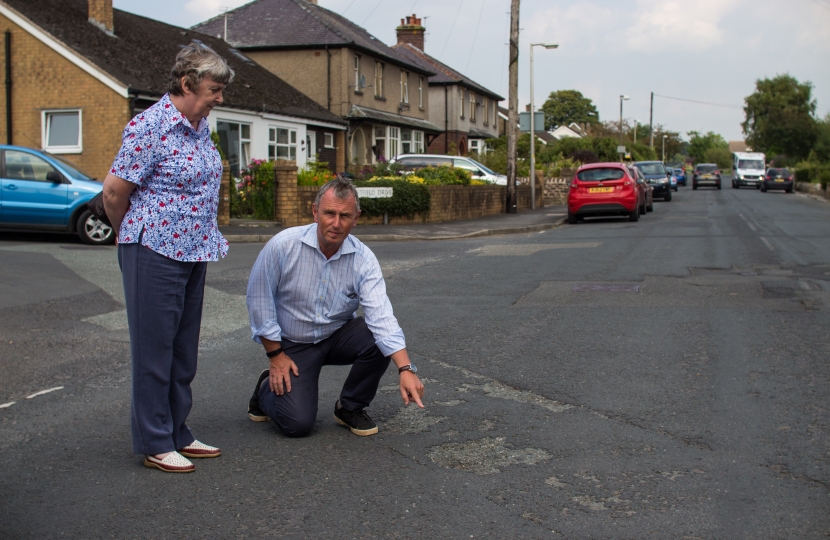 Nigel Evans, MP for the Ribble Valley, has praised the condition of the roads in Waddington after recent work by Lancashire County Council, and called for the resurfacing of other roads throughout villages in the Ribble Valley to be accelerated.

“After last winter’s harsh weather conditions, many roads throughout the Ribble Valley deteriorated at a remarkable rate, as anyone who drives in the area will be more than aware of. During my Summer Surgery I travelled to virtually every town and village in my constituency, seeing first-hand the current state of the roads throughout the Ribble Valley.

“While many potholes have been filled since LCC’s procurement of a fleet of new of road maintenance vehicles, this patchwork repair is a short term solution to the problems motorists, cyclists and others face. The new road surfaces in Waddington are fantastic, but I want to see other villages in dire need such as West Bradforrd, Grindleton, Chipping and Rimmington have their fair share of work carried out”.

Lancashire County Council’s budget for road maintenance this year is £23m, not including an additional £2.4m set aside by the government through the ‘Pothole Action Fund’. Last year more money was spent on roads in the Ribble Valley than any other part of Lancashire.

“While The Ribble Valley receives a large share of spending on road maintenance, it is also the largest district in Lancashire. I have written to Geoff Driver, the Leader of Lancashire County Council to press that roads in the Ribble Valley continue to receive the attention they badly need, and to stress the urgent need for road resurfacing in many villages in the area”.