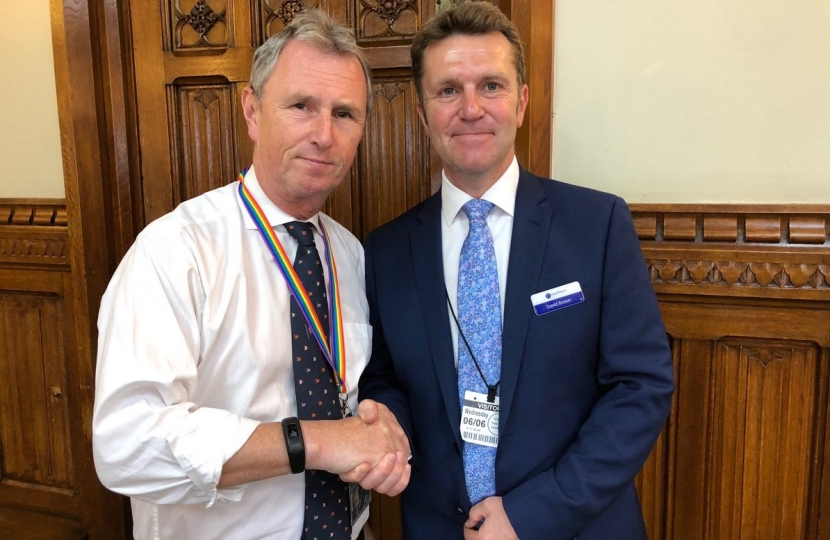 Evans’ call comes at a time when several rail franchises struggle to implement recent timetable changes, with Northern rail among the worst affected. To try to cope with the problems, Northern have implemented an emergency timetable, cutting services by 6% until the end of July, but hundreds of services were still cancelled on the first day of temporary timetable.

“I met yesterday with the managing director of Northern, Dave Brown, who assured me that everything is being done to return the service to normal. However, while Northern services are facing problems across the whole network, the Clitheroe to Manchester line has been particularly affected. I am fully supportive of plans to implement measures to compensate passengers, but this isn’t going far enough. It has been clear even before this recent fiasco that rail capacity and service in the north needs a serious rethink – I hope recent events push the case for improvements”.

Over the last 100 days, punctuality (arrival within 5 minutes of scheduled time) on the Clitheroe to Manchester line has averaged around 67% throughout the day, with trains departing Clitheroe towards Manchester in the morning peak averaging around 45%, with the reverse journey in the evening peak averaging 56%. These figures are worse than the average figures for Northern, who averaged 85.4% punctuality across its network in April.

Evans has written to the Secretary of State for Transport, The Rt Hon Chris Grayling MP and invited him personally to visit the Clitheroe to Manchester line and see the problems it is facing.

Evans went on to say:

“While I fully support the plans to upgrade Northern rail capacity, several of my constituents have had to find alternative employment due to the poor service on the line, a situation which is absolutely absurd and obviously cannot continue. This is why I have called on the Secretary of State to visit the line, to ensure that rural lines do not pay the price for developments elsewhere, as services in the area have been disproportionately affected. I was reassured by Dave Brown’s approach to the issues, but the proof is always in the pudding.”