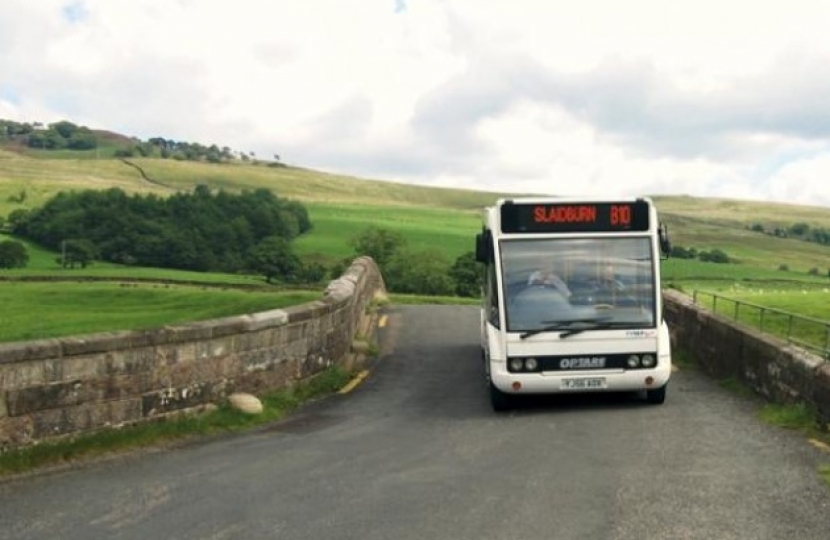 Nigel Evans, MP for the Ribble Valley, has backed calls from a cross-party group of MPs for the government to drop plans which would force community transport drivers to obtain commercial licenses. Under the existing Transport Act 1985, special provisions were set out for community transport, including the requirement of section 19 and 22 permits – which are solely for not-for-profit transport providers.

These licenses are set to be scrapped as UK regulations strive to catch up to those of the European Union which would require professional training for drivers, leading many MPs to believe this would represent the death of the community transport sector due to increasing costs and recruitment difficulties. Community transport encompasses a wide array of services that commercial operators cannot, including rural pick-ups, door-to-door care, and offering specific drops to doctor’s surgeries or the supermarket.

“It is crystal clear that provisions for community transport should be kept, the vast majority of these facilities are not-for-profit and provide a totally different service to commercial operators – they are not competition. It would spell disaster for the Ribble Valley if operators such as the ‘Little Green Bus’ were to be lost, many elderly people would lose their independence and isolate in rural areas.”

I have provided a representation to the consultation process, which I hope will highlight to the Department for Transport the very real concerns of communities across the UK. The Community Transport Association has estimated that implementing the new licensing rules will cost £400 million when including purchase of insurance, tachographs and ironing out other intricacies. This is £400 million that the sector does not have, and should not be forced to part with.”

The Community Transport Association estimates that 95% of permit-based operators will be affected, which totals 5,956 operators across the UK. The government has provided reassurance that it will be carefully considering all contributions to the consultation.