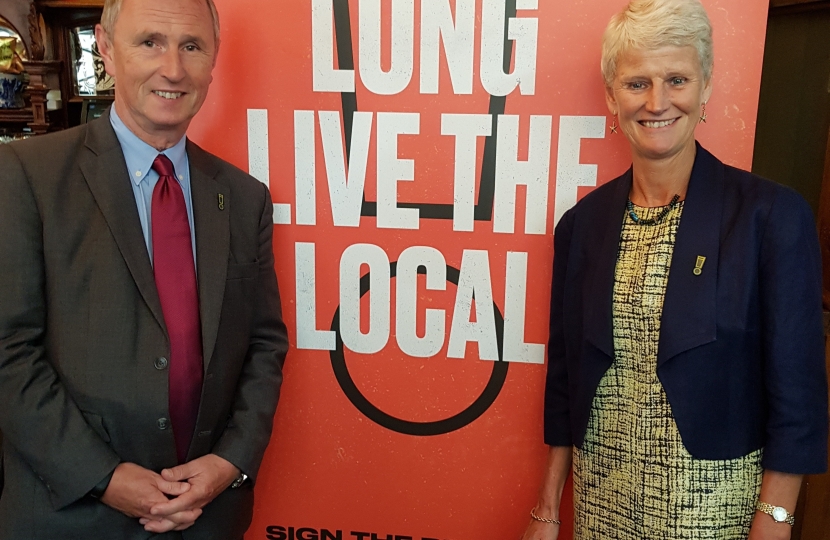 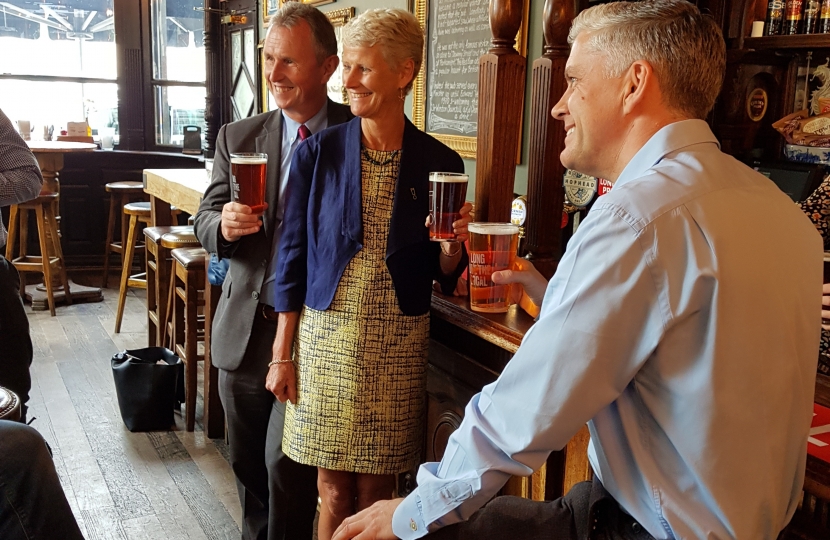 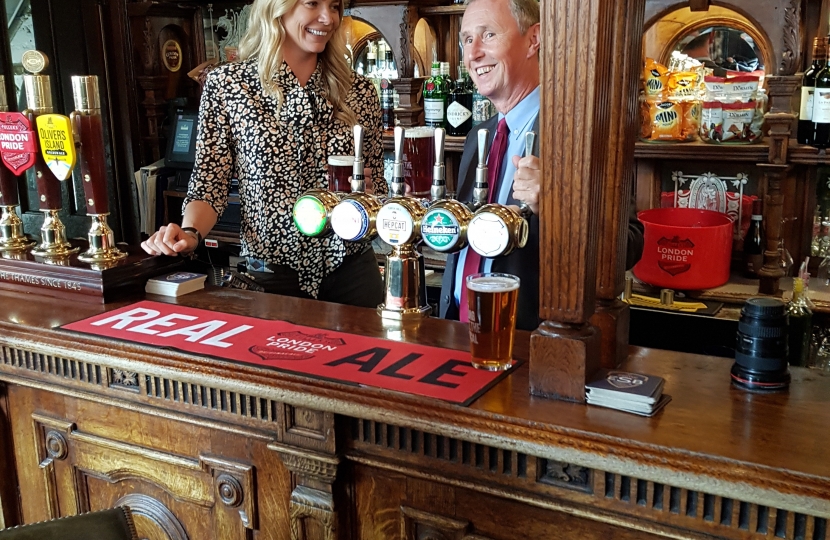 Nigel Evans, MP for the Ribble Valley and President of the Parliamentary Beer Group, has this week backed the ‘Long Live the Local’ campaign by the Britain’s Beer Alliance to combat against further rises in beer duty. As a result of several increases in beer duty, business rates and VAT, pubs have been put under increasing pressure as one in three pounds spend in pubs goes to taxes, amounting to an average of £140,000 per pub every year.

Pubs are an integral part of life in the UK, providing jobs to over 900,000 people, including 1,925 in the Ribble Valley. But recently they have been feeling the squeeze, with over ten pubs closing in the Ribble Valley last year. Mr Evans views the preservation of this vital sector to be imperative to British society and the many people who visit pubs to socialise, particularly in rural areas where places to mix with others are few. To do this, Mr Evans is supporting a cut in beer duty during the Autumn Budget to further revitalise the British pub economy.

“I will always continue to promote this issue, it is essential for villages and towns in the Ribble Valley and across the UK to keep local pubs alive. They serve as the hearts of our communities here in Lancashire, and the Government should consider the abject consequences of further increasing the level of tax they are expected to contribute. Currently, three pubs close every single day in the UK which shows the harsh environment landlords are battling, we must give them the chance to survive and then thrive.”

“British people pay 40% of the beer duty in the EU, but only drink 12% of the beer. Clearly something is not right when our European counterparts are all taxing at lower levels, I hope this campaign sends a clear message to the Chancellor that British people want lower taxation on a favourite pastime.”

There are 104 pubs and two breweries in the Ribble Valley, which contribute £212 million in tax each year directly and indirectly.

“My support for the Britain’s Beer Alliance stems from a desire to protect our local businesses and communities by helping to help a vital industry thrive, as the BBA have since 2014. We are blessed with some of Britain’s best pubs in the Ribble Valley and I know how important each and every one of them is to the community they serve.”

Following their previous campaign, ‘There’s a Beer for That’, The Britain’s Beer Alliance consists of over 120 members including regional, independent and international breweries, pubs and pub companies. This summer, ‘Long Live the Local’ will rally the British public, celebrate pubs and remind everyone just how vital local pubs are to our communities, culture and national identity.