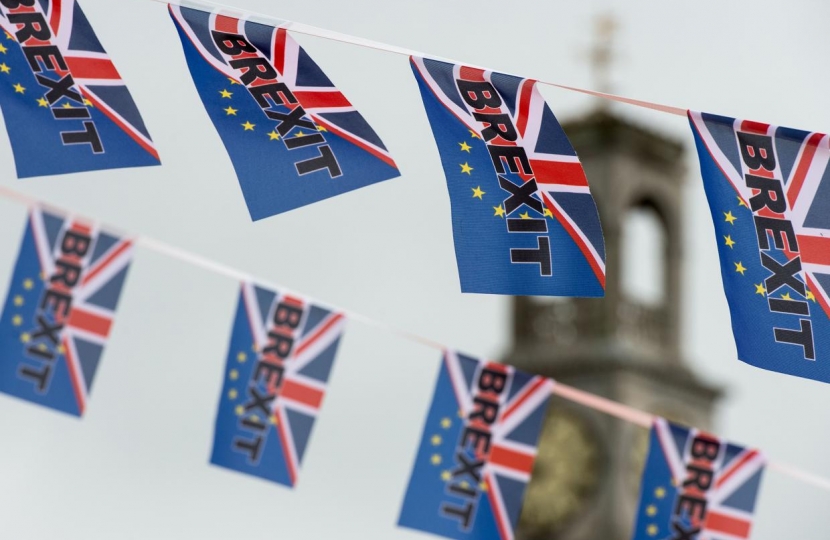 Britain has voted to leave the European Union in a historic referendum result. Nigel Evans, MP for the Ribble Valley, was the director of Vote Leave North West. He had this to say about the referendum result,

“It is clear that the people have spoken. The majority of the UK population have voted to leave the EU. It demonstrates the strong feelings felt around Britain and it is a testament to the positive campaign run by Vote Leave. I couldn’t be happier to have been part of the process which has returned control back to this country. Sovereignty once again will truly lie within the UK. Those in charge of our country’s destiny will be accountable politicians – not bureaucrats in Brussels. We can once again control our policy on key issues, such as immigration.”

The final results were the majority of the electorate voting to leave with 52% for out and 48% voting to remain in the EU.

Importantly, turnout was high at 72% - the largest turnout in a UK-wide election since 1992. Mr Evans said,

“It is fantastic to see the public engaging so strongly with politics – especially in the Ribble valley where there was a turnout of 79%. Firstly this shows that this was an issue which many see as vitally important. Secondly, it gives added legitimacy to the result. This is clearly the decision of a politically switched-on public and not the result of an apathetic electorate. ”

The vote to leave the EU has triggered the resignation of Prime Minister David Cameron, who will step down before the Conservative Party Conference in October. Regarding Cameron stepping down, Nigel said,

“I have a great deal of respect for the way that the Prime Minister has handled the situation. I completely understand his decision to step down and I wish him well for the future. David Cameron has steered this country through some of the hardest financial times that we have ever faced. In this time, the UK has achieved so much: a strong economy; a morally upstanding foreign policy and he delivered on the referendum which the people were calling for. I am proud to have served as an MP under his premiership.”