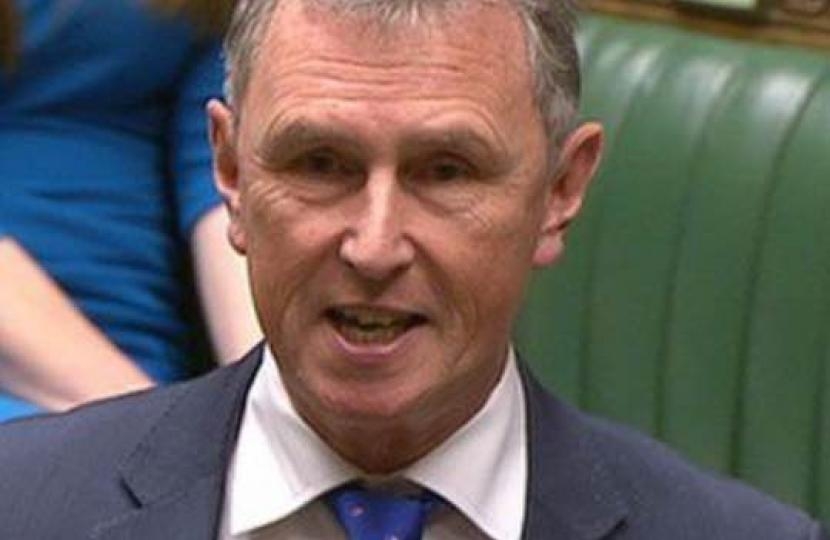 Nigel Evans, MP for the Ribble Valley, has challenged Lancashire MPs over the recent votes on the EU Withdrawal Bill. Evans, a staunch Brexiteer, voted with the government on all 21 votes that took place last week – including the rejection of Lords amendment 19, which called for a parliamentary vote on the terms of Brexit. Seven of Lancashire’s eight Labour MPs voted against the government for every vote, except amendment 51 when they were whipped to abstain.

Amendment 19 was seen as one of the most controversial of all the votes, with a small group of Conservatives rebels lead by Dominic Grieve ready to disturb the Brexit process and vote against the government.

Speaking after the votes on Wednesday, Nigel Evans said:

“The vast majority of Labour MPs voted against the wishes of their constituencies including every Labour MP eligible to vote. Lancashire voted overwhelmingly to leave the European Union in 2016, including Blackpool which returned the largest leave majority in the North West. Do not tell me that the people of Blackpool, Hyndburn and Burnley want their elected representatives to tie the Prime Minister’s hands when delivering Brexit.”

“This is an unbelievably complex negotiation and the Prime Minister needs the backing of MPs across all sides of the house to deliver the best Brexit possible for the people of Britain. This does not include a Brexit-in-name-only scenario where we are still a part of the European Economic Area, Chuka Umunna himself has said that this would ‘hurt the UK’ – and he is absolutely right.”

The government's amendment to the EU Withdrawal Bill goes back to the House of Lords this week. The purpose of this amendment is to set out what must happen in three eventualities; MPs voting down the UK-EU Brexit deal, Theresa May announcing before 21st January 2019 that no deal has been reached, or if no deal is struck before 21st January.

“The government have tabled amendments to the Lords that will ensure the UK reaches terms for the best possible trade deal for the UK and the North West. If Lancashire’s MPs vote to support a rejection of this amendment they are purely playing party politics and would be prepared to see our Prime Minister handcuffed when trying to negotiate a deal – this would be the best outcome for Barnier.”