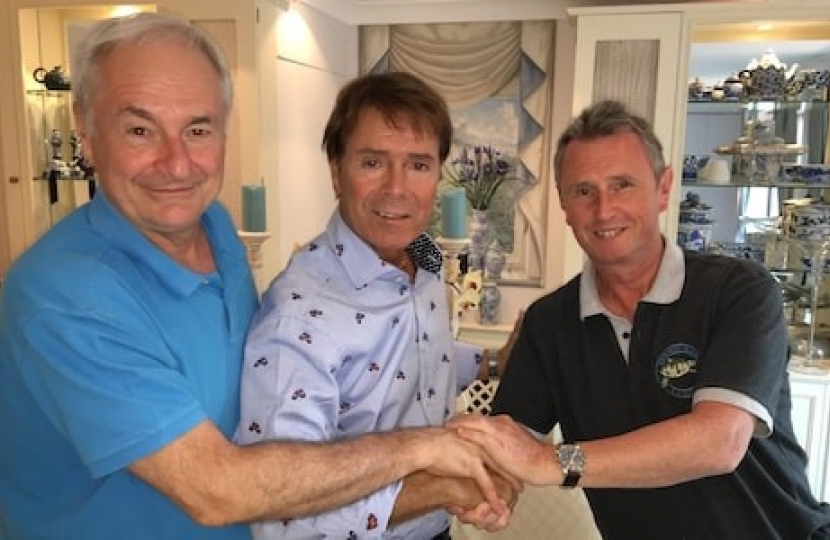 Nigel Evans, MP for the Ribble Valley, has urged the Director General of the BBC, Tony Hall, to reimburse taxpayers from his own pocket over the Cliff Richard case. Sir Cliff has won a damages case against the BBC over its live coverage of a police raid on his home in 2014. The total awarded stands at £210,000 of which 65% is to be paid by the BBC while South Yorkshire Police will pay the remaining 35%. Coverage of the raid, which was nominated for a BBC award, was broadcast as part of a story into alleged historic child sex allegation – Sir Cliff was never arrested or charged.

MPs have today congratulated Sir Cliff and called for a change in legislation to allow anonymity before charge unless in exceptional circumstances. There have been widespread criticisms of the way the media handle cases surrounding notable figures, which could constitute an invasion of privacy. Today’s case could mean that people who are suspects in police investigations are entitled to reasonably expect the matter is kept private and not covered by the media.

Nigel Evans, who has been a long-time campaigner for anonymity up until charge, said:

“I was thrilled to hear about Sir Cliff’s result at high court this morning. This is a real shift in direction and means that the media and police will think twice before releasing information to the public about the investigation of individuals.”

However, it should never have come to this. It should have been clear to the BBC that broadcasting a live raid of a man’s home who had not been charged nor convicted was totally and utterly wrong. This case has gone to the very top and now Sir Cliff is rightfully entitled to £210,000 in damages which is coming directly from the pocket of the taxpayer. That is why I am calling for Tony Hall to voluntarily provide the damage payments.”

It is estimated that Sir Cliff spent £4 million on the case, and that the mental stress had meant he had been unable to work regularly for two years.

“I will be contacting Tony Hall to question what changes he will make to BBC policy to ensure that we see no repeat of this. I have also written to the Prime Minister to ask for an investigation into anonymity before charge in cases such as these, what Cliff went through is unforgivable.”

Fran Unsworth, Director of the News at the BBC, has apologised to Sir Cliff but states that the case marks a considerable shift in press freedoms and has vowed to appeal the decision.