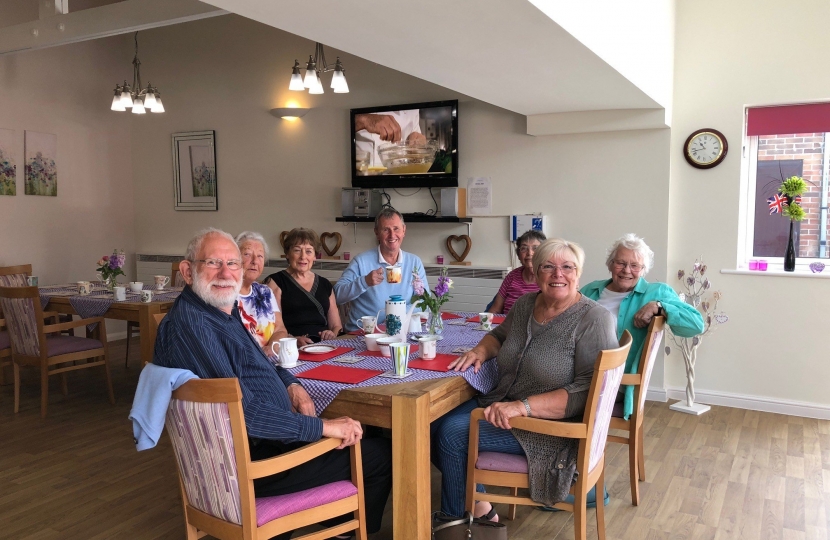 Nigel Evans, MP for the Ribble Valley, recently met with representatives of Showley Court in Salesbury and Vale House in Whalley to discuss licensing changes which have led to a cancellation of their monthly ‘film afternoons’. All public venues, including communal areas of sheltered accommodation, intending to show motion pictures now require a non-theatrical film licence to ensure they are compliant with copyright legislation. These licenses can cost over £1000 per television.

Residents of Showley Court and Vale House invited Nigel Evans to voice their concerns that the inability to attend film afternoons will have an adverse effect on resident’s morale and potentially lead to an increase in loneliness amongst sheltered accommodation throughout the UK.

“It has been a pleasure meeting the residents to hear their concerns about licensing for communal events, all the residents were passionate about the ability of the film afternoons to bring people together. These are free event for all the residents that should absolutely not be subject to commercial licensing.”

“When there are real fears that loneliness in our communities is increasing, it is a backwards step to change legislation which makes it too expensive to hold social events. I cannot imagine it was ever intended to extend to places such as Showley Court and Vale House, but unfortunately these are the places that will be most deeply affected. I have written to the Minister for Digital, Matt Hancock, to request a redefinition of licensing laws to ensure that groups in sheltered accommodation can watch movies in a communal setting.”

The representatives of Showley Court and Vale House have vowed to seek alternative ways to engage residents, such as Saturday bacon butty mornings.