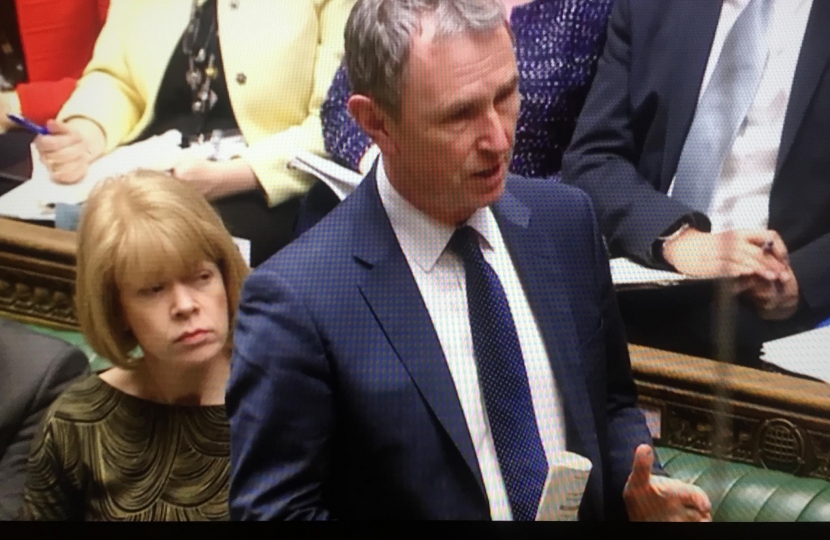 Ribble Valley MP Nigel Evans has today asked a question to the Prime Minister in the House of Commons on the Government’s response to the recent flooding crisis.

In the House of Commons Mr Evans said;
‘I’d like to pay tribute to the countless numbers of people and organisations who helped out during the recent floods. Yesterday I spoke with the Chair of the new insurance scheme Flood Re and I know that people who have been hammered by the floods will welcome the fact their premiums will be quashed and that they won’t meet eye watering expenses, but he told me that it’s not going to cover any houses built since 2009 and it will not cover businesses either. Will the Prime Minister look again at the scheme to ensure that it is properly comprehensive?’

The Prime Minister replied;
‘We are looking very carefully at this scheme, particularly on the issue of the businesses. What we’ve heard so far is a number of anecdotal stories about small businesses saying it is going to be very difficult to get insurance. Meanwhile the insurance companies are telling us that they won’t turn down any small businesses, so we need to get to the bottom of this before we get the final introduction of Flood Re in April this year.’

Speaking after the debate Mr Evans said,
“The Flood Re scheme is absolutely welcome, but it is vital that the Government provides help to those who look as if they may be excluded from it. The scheme must help as many households as is possible, to ensure that people are not left without insurance, and are therefore placed in extremely difficult financial situations during periods of flooding.”