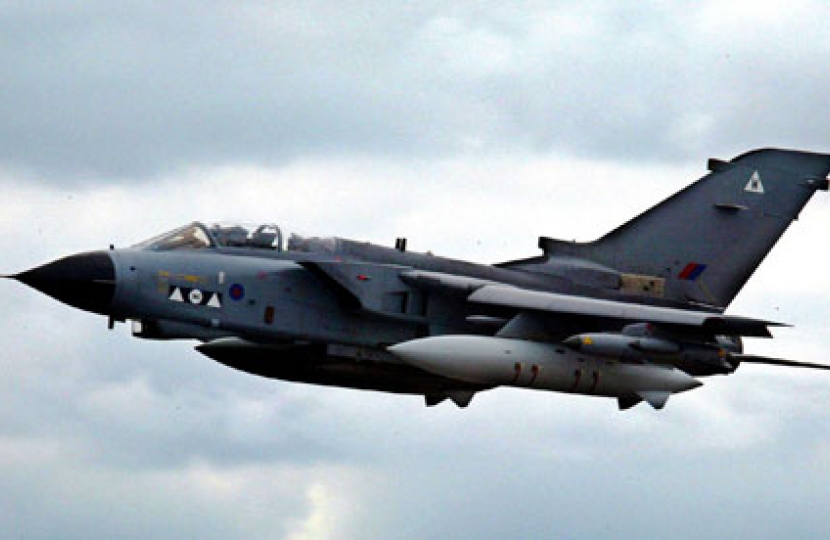 Nigel has today expressed his delight that BAE Systems and the UK Ministry of Defence (MOD) have agreed a £125 million extension to the support contract provided by the Company for the RAF’s Tornado GR4 fleet until the aircraft are due to be retired in 2019. With the changes to the contract, an estimated £90 million saving to the MOD has been identified through greater efficiencies in fleet management.

The contract amendment builds on from the original and highly successful Availability Transformation: Tornado Aircraft Contract (ATTAC) which initially started in 2006 and was due to expire in 2016. The ATTAC contract provides the RAF’s front-line with a guarantee that the Tornado aircraft’s availability, capability and effectiveness will be maintained throughout its service life. Including the amendment, the overall contract value for the next 5 years is £490 million. Currently the contract sustains 600 jobs across the UK for BAE Systems.

“Clearly this is good news for BAE Systems and their highly skilled workforce. There are elements of the suuply chain associated with this deal that will come from the Samlesbury site, where a great number of my constituents work.

“I couldn’t agree more with the Defence Secretary, the Rt Hon Philip Hammond MP, when he said that this “contract will help sustain the specialist skills across the UK which makes Britain a world leader in engineering."