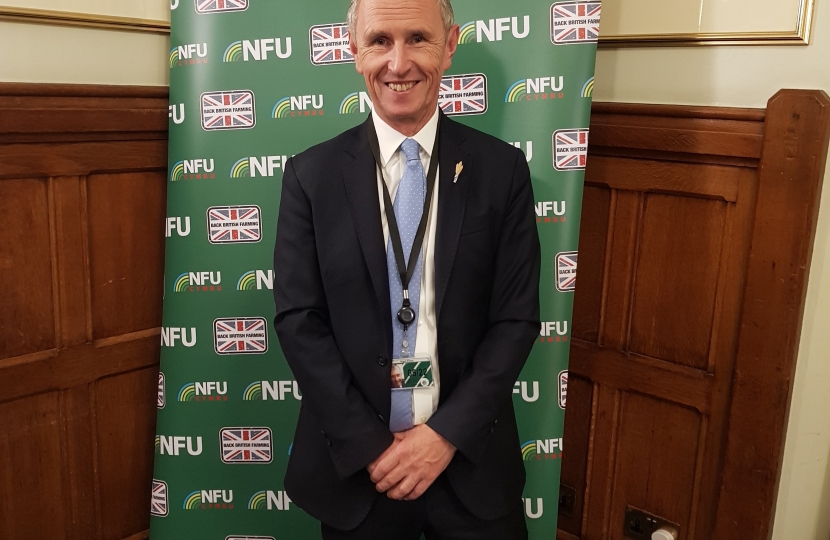 Nigel recently met with the National Farmers Union at their Back British Farming Event in Westminster to hear first-hand about the views of farmers in the UK. Nigel heard of the pressing issues facing British farming and committed his support to Back British Farming.

The NFU introduced their ‘Achieving Net Zero’ goal to achieve net-zero greenhouse gas emissions by 2040, ten years ahead of the governments own aim to achieve net-zero by 2050. The British farming industry is uniquely placed to be a part of the solution as both an emissions source and carbon sink.

The NFU aims to both cut emissions coming from UK farms as well as acting to capture the most prevalent greenhouse gas - carbon dioxide. Tackling climate change from both sides. With the help of British farms this CO2 can then be turned back into foods and fuels.  Contributing to a sustainable future for both British farming and society.

Nigel said about the event:

“Being a rural constituency, it is vital that we listen to the views of farmers, who are the backbone of the British economy. I’m pleased that I can show my support for farmers at events such as these.

“It was fantastic to hear of the work being done by the National Farmers Union in achieving net-zero greenhouse gas emissions by 2040, ten years before the UK governments own goal. Ambitious targets like these are vital in combating climate change.

“It would be brilliant to see more industries and organisations following the NFU’s Lead, as tackling climate change is one of the most important challenges facing the whole world”.