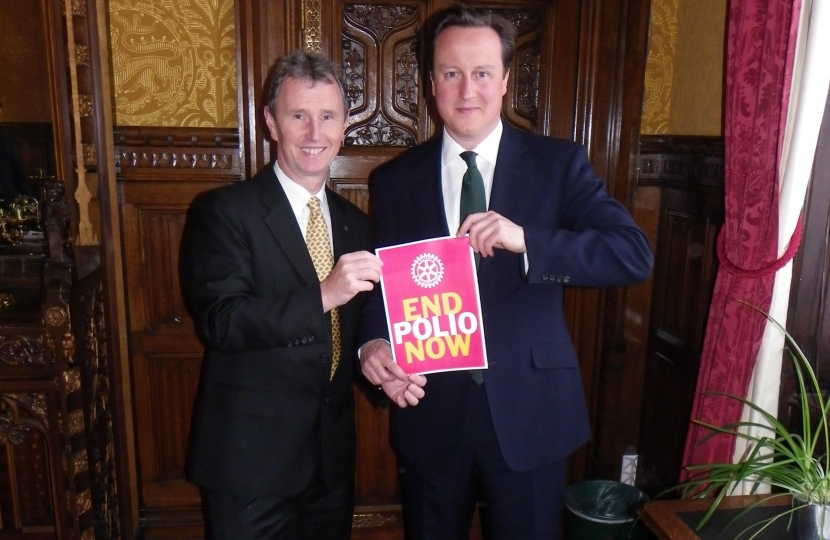 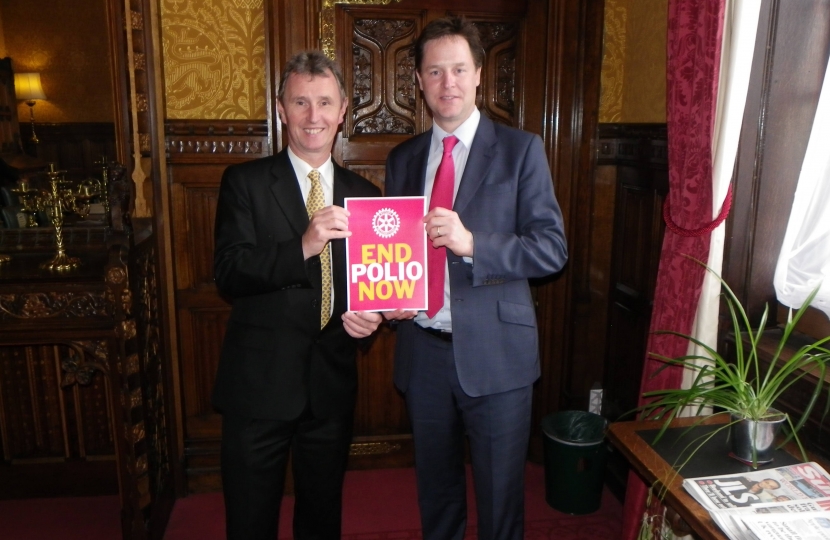 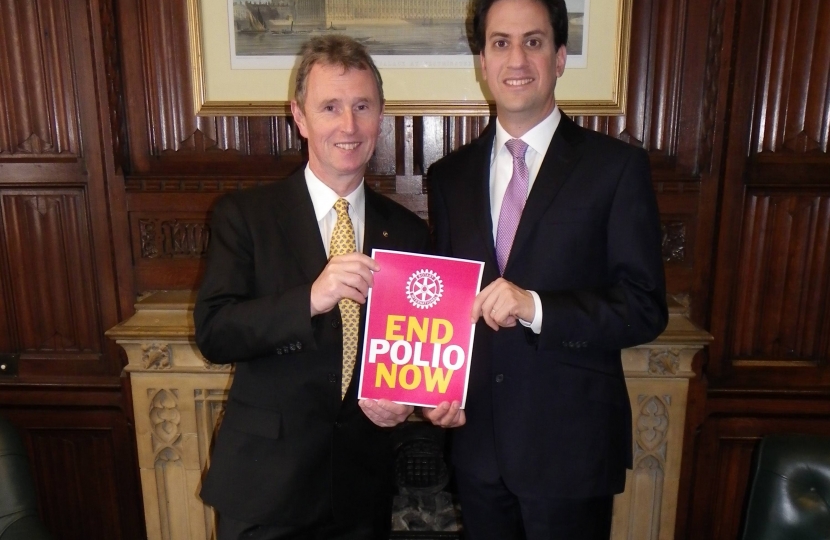 The leaders of all three main political parties today all pledged their support to Rotary International’s campaign to end polio. The Prime Minister, the Rt Hon David Cameron MP the Deputy Prime Minister, the Rt Hon Nick Clegg MP and Leader of HM Opposition, the Rt Hon Ed Miliband MP were all invited by Nigel Evans MP, Member of Parliament for the Ribble Valley and Deputy Speaker of the House of Commons, himself a Rotarian, to lend their voices to the campaign.

“In 1988 over 125 countries were still polio-endemic. Through the hard work and dedication of Rotarians from around the world there are now only three countries which have reported cases of polio in the last year – Pakistan, Nigeria and Bangladesh. We really are “This Close”, as Rotary’s campaign says, to eliminating polio entirely which is why I was delighted that the Prime Minister, the Deputy Prime Minster and the Leader of the Opposition were able to lend their weight to such a good cause.

“I hope that everybody will become a polio eradication advocate by signing a petition, sharing their voice over social media, launching a fundraising campaign, or telling their polio story to local news media. In the fight to end polio, everybody’s voice is a powerful tool. All the information anybody could need can be found at http://www.endpolio.org/ or simply ask at your local Rotary Club where I have no doubt your interest will be hugely welcomed.

“I would encourage everybody to help finish the fight and support Rotary make the final push to eradicate polio worldwide.”