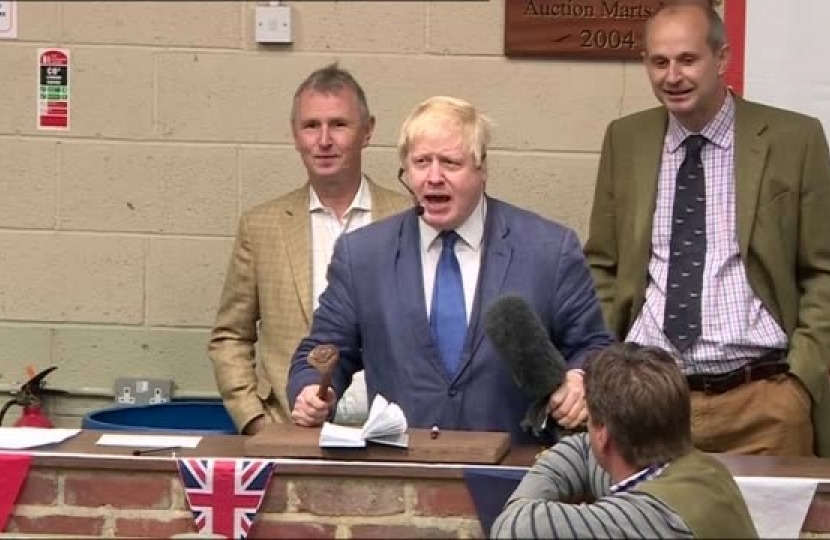 Nigel Evans, MP for the Ribble Valley, has hailed the surge in grassroots party membership since Boris Johnson’s swearing in as the Leader of the Conservative Party and Prime Minister. Local associations across the UK, including Ribble Valley, have seen dozens of members join since Boris beat Jeremy Hunt in the membership ballot last month.

In his first weeks as Prime Minister, Boris has unveiled an array of domestic policy pledges including extra investment into the NHS and education, and the recruitment of 20,000 new police officers over the next three years. Funding for Boris’ domestic agenda is to be taken from the £26 billion of fiscal headroom left by the previous Chancellor, Philip Hammond.

“From the moment Boris became Prime Minister Tory party membership has risen sharply, he has revitalised the party and re-engaged the grassroots – which is barely surprising given his exciting domestic policy agenda. He is a well-known household name who was an incredibly successful London Mayor and I believe he can unite the party - and the country - better than anyone.”

“I have urged Boris to visit the Ribble Valley again after his trip to Gisburn Auction Mart in 2016 when he successfully auctioned a sheep, he met with many constituents and put smiles on faces! I am fully supportive of his policy pledges, particularly in providing 20,000 new officers. I will be making representations to Mr Johnson to ensure that the Ribble Valley receives its fair share of these officers.”