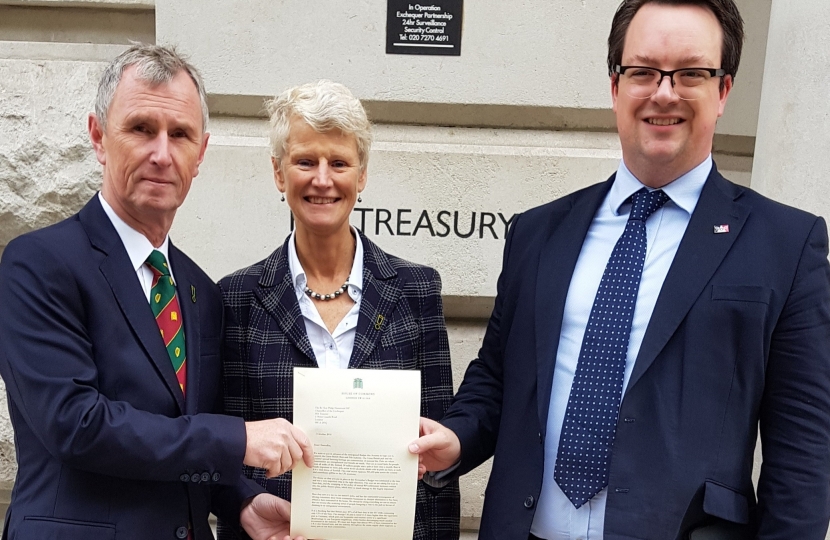 Nigel Evans, MP for the Ribble Valley, has gained the support of 55 Conservative MPs in his campaign to cut beer duty – nearly a third of those eligible to sign the his open letter to Philip Hammond.

Unless current plans are altered, the Chancellor will increase beer duty at this year’s budget in line with RPI, which will cost the industry over £100 million and cause pubs across the UK to close their doors for the final time.

Speaking from outside the Treasury, Mr Evans said:

“Pubs are at the heart of communities across the Ribble Valley, and they are often the last remaining business in villages across the UK. Three British pubs a day close their doors for good, if the Chancellor fails to act I am certain that hundreds more pubs will be forced out of business.”

Pubs are facing an ever-increasing tax burden when beer duty is paired with business rates and VAT, to the extent that one in every three pounds spent in pubs goes directly to the taxman. Beer duty in the UK is the third highest in Europe at 38p on 3.5% lager and 54p for a 5% pint – roughly 12 times higher than in Germany.

“Brewing and pubs form part of the unique charm of the Ribble Valley and we are graced with some of the best pubs across the UK, there are 100 fantastic pubs which add £82.5 million to the local economy and support over 2,000 jobs. I am not prepared to sit back and watch the erosion of this sector in my own patch, and neither are the 244 constituents who backed the Long Live the Local campaign.”

“Beer Duty has increased by 60% over the last 17 an now the UK has one of the highest rates of tax in Europe. When over two thirds of all alcoholic drinks purchased in the pub are beers, a cut in beer tax would go a long way to protecting pubs across the Ribble Valley.”