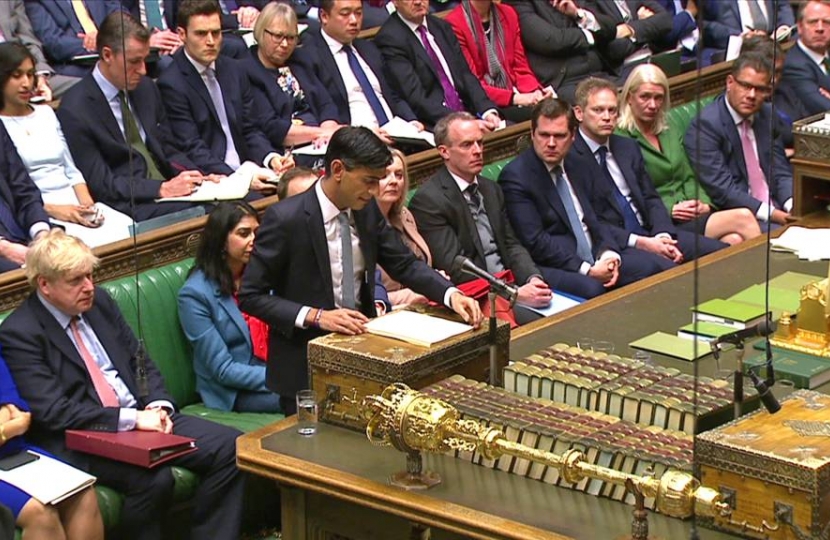 Today’s budget (March 11) was the first since Autumn 2018 and the first during the tenure of the new Chancellor of the Exchequer, Rishi Sunak. It follows an announcement earlier in the day by the Bank of England that interest rates would be cut from 0.75% to 0.25% to steady the economy amid the Coronavirus crisis.

As was expected, Coronavirus took centre stage as the Chancellor rattled off a broad range of measures totalling £30bn to mitigate against the economic impact of the virus. Businesses were given protections to combat the temporary disruption that will be caused by COVID-19, for example, firms with under 250 employees will be given full refunds of sick payments for two weeks to ensure that all those who need to self-isolate are able.

Business rates will be abolished for the most impacted sectors with a rateable value of under £51,000, while small firms can apply for business interruption loans of up to £1.2 million to alleviate the strain of Coronavirus on their workforce, footfall and supply chain. An additional £500 million hardship fund has been introduced for vulnerable groups and a £5bn emergency response fund has been established for the NHS to cope with the growing demands of the crisis.

Amidst a slowing global economy and the damage of Coronavirus, Mr Sunak unveiled pledges of £175bn over the next five years to elevate expected economic growth by 0.5% to upgrade long-term productivity by 2.5%. Key pledges include £5bn on getting gigabit-capable broadband into the hardest-to-reach places; an extra £22bn for Research & Development funding; and £27bn for upgrades to key roads.

Confirming other Tory manifesto pledges, Mr Sunak announced the National Insurance threshold will increase from £8,632 to £9,500. Measures to eliminate VAT in women’s sanitary products, digital publications, books and journals were also announced. A £640 million ‘nature for climate fund’ was unveiled, which promises to plant 30,000 hectares of new trees in the UK.

Following the recent flooding in the Ribble Valley and across the UK the Chancellor released £120 million to repair flood defences damaged in recent storms, £200 million directly to communities to build flood resilience and £5.2bn over six years to double investment in flood defences.

“The outbreak of COVID-19 was always going to dominate this budget and I am pleased to see the government announce measures to protect the businesses and workers of the Ribble Valley should the virus spread as expected.

I also welcome additional funds to shore up flooding resilience in high-risk areas and hope that the Ribble Valley receives its fair share of this additional money.”