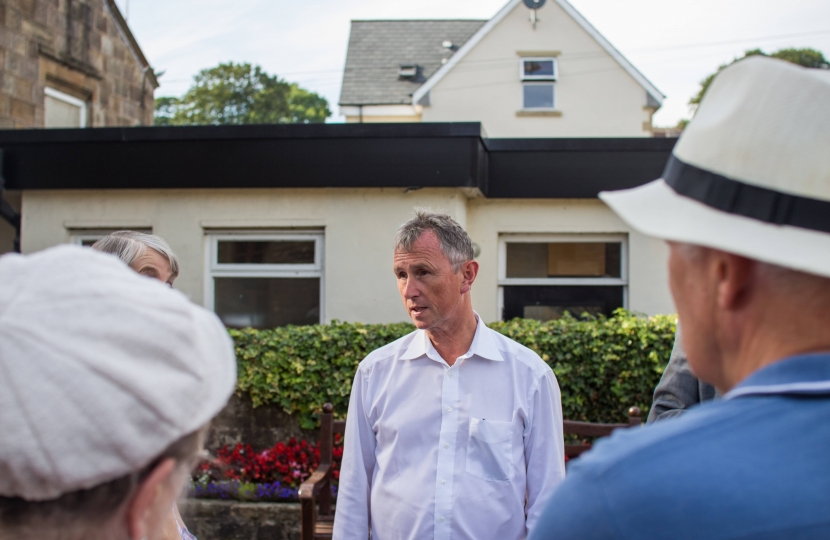 Nigel Evans, MP for the Ribble Valley, has called on Lancashire County Council to install traffic calming measures in the village of Sabden. The village, which connects Burnley and Clitheroe, has seen a dramatic increase in speeding traffic since the opening of the A59 roundabout on Pendle Road which was completed ahead of schedule in February.

The roundabout was warmly welcomed by local residents who were concerned about the poor safety record of the previous junction, which would have struggled to accommodate the increased traffic caused by numerous developments in Clitheroe. Residents of Sabden have long been plagued by the mass of vehicles that use the village as a quick route from Burnley to Clitheroe, with many drivers navigating the village at high-speeds during peak times.

“Many cars pass through Sabden to reach Burnley or Clitheroe at dangerously fast speeds, I have previously spent time next to the War Memorial watching the cars as they enter the village from Clitheroe Road. It is truly surprising that there has not been more accidents – particularly with the close proximity of Sabden School to the stretch of road.”

“I fully appreciate the views of Sabden’s residents who feel the problem is accentuated since the opening of the roundabout. With this in mind, I have contacted the Leader of Lancashire County Council, Geoff Driver, to request an urgent review of road safety on Clitheroe Road and Padiham Road and to provide traffic calming solutions which will alleviate the existing problems.”

Mr Evans was named as Road Safety Parliamentarian of the Month for August 2018, by Brake, the road safety charity, and Direct Line Group. The award highlighted Nigel’s work in campaigning for the A59 roundabout, as well as lobbying for additional money to fix Lancashire’s many potholes.